by Shaun Williams
in BMW, Brand
0 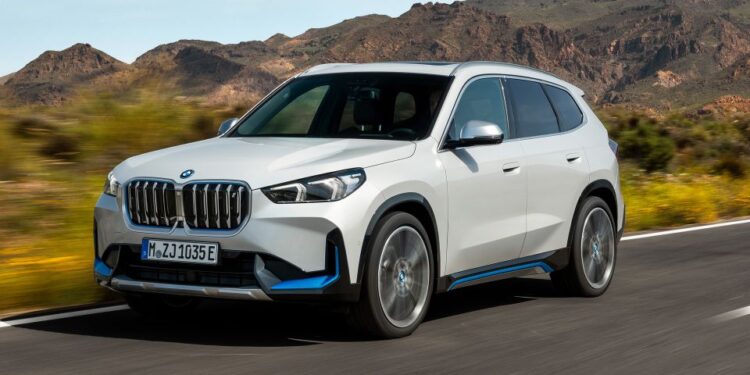 BMW has introduced the BMW iX1 electric car along with the new generation BMW X1 (1/6). The BMW iX1 has officially become the smallest SUV electric car in the BMW lineup as well as one of the newest members of the BMW i to launch this year.

Call it a body that is more robust and stocky than before and combined with the boxy Kidney Grille.

Then specifically for the iX1, BMW did not forget to add blue accents to the Kidney Grille, bumper, side skirts, and steering wheel emblem.

Interestingly, this electric drive has a boost mode that boosts the power and torque of the iX1 electric motor to 230 kW or 313 hp and 494 Nm of torque.

Unfortunately for the battery, the BMW iX1 xDrive30 Lithium-ion battery is smaller than the hottest Q4 e-tron at 64.7 kWh.

The claim is that the BMW iX1 can be charged to 10-80% in just 29 minutes or from empty to fully charged in 3 hours 45 minutes via AC charging.