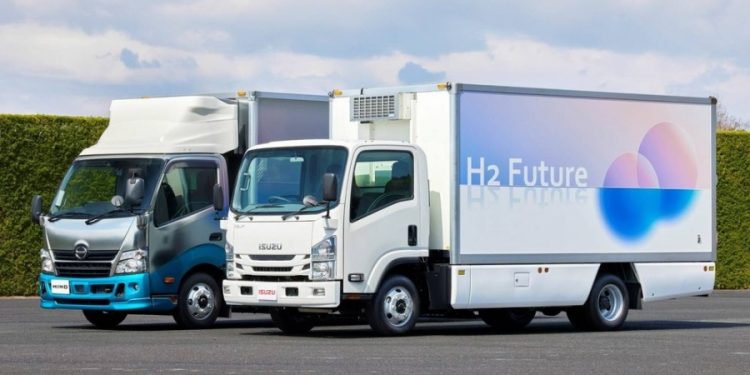 CJPT is an environmentally friendly light commercial vehicle project that was established in April 2021 with the hope of contributing to achieving carbon neutrality and reducing the burden on drivers and workers. CJPT consists of several manufacturers such as Suzuki, Isuzu, Toyota, Hino, and Daihatsu.

One of the goals of this consortium is to educate the public about environmentally friendly vehicles in the commercial sector. The consortium will introduce heavy duty fuel cell electric trucks for mainline transportation and light electric commercial vehicles for long distance deliveries.

President of Toyota Motor Corporation, Akio Toyoda, stated that the violations committed by Hino were inconsistent with the aspirations and objectives of the CJPT and that Hino’s continued involvement in activities would not gain the understanding of customers and the public. Taking these suggestions into account, the decision (to expel Hino) was made after discussions within the CJPT.

In particular, Hino will be excluded from all agreements, including joint planning agreements, and Hino’s (10 percent) equity stake in CJPT will be transferred to Toyota. In projects that CJPT is working on, such as the previously announced social implementations in Fukushima and Tokyo, Hino will play a minimal role so as not to cause inconvenience to CJPT’s customers.

“As the parent company and shareholder of Hino, we are deeply disappointed by the company’s error related to certification testing, which has seriously damaged the trust of our customers and all other stakeholders,” said Akio Toyota in an official statement, Wednesday, August 24, 2022.

According to Toyoda, Hino has been violating engine certification for a long time and the company is in a situation of not being recognized as one of the 5.5 million individuals in the Japanese auto industry.

Toyota added that CJPT is a project to build a common future, based on Japan’s CASE technology. “Until now, we believe that Hino’s participation will cause inconvenience to stakeholders, and we have decided to exclude Hino from CJPT,” he said.

“This conclusion was reached after discussions with the companies involved. We will continue to work with our partners on projects to solve the problems facing the transportation industry and contribute to achieving a carbon neutral society.”