by Michael Khan
in Lucid
Reading Time: 2 mins read
A A
0 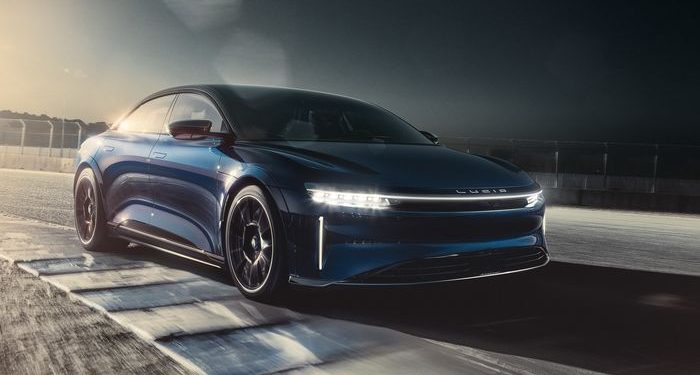 At the Monterey Car Week event in the United States, Lucid displayed his newest electric car, the Lucid Air Sapphire (19/8).

The Lucid Air Sapphire is featured as a candidate for Lucid’s first electric car to sport the Sapphire ultra high performance branding.

This means that the Lucid Air Sapphire is a candidate for Lucid’s fastest electric car that will face the Tesla Model S Plaid head-on.

“The Lucid Air Sapphire, as the first Lucid product to carry the Sapphire name, builds on our technical excellence to take high-performance electric cars to the next level,” said Peter Rawlinson, Lucid’s Chief Executive Officer and Chief Technical Officer.

“Sapphire represents the highest peak of electrical performance that has finally been reached after a long time we mix,” added Rawlinson.

Unfortunately, Lucid has not published official power and torque specifications for the combination of the three Air Sapphire electric motors or the battery.

Now as an illustration, Lucid said the three motors are powered by more than 1,200 hp, surpassing the Air Dream Edition which has 1,111 hp.

Of course another benefit of having two rear-wheel drive electric motors is torque vectoring.

This torque vectoring capability means that the Lucid Air Sapphire can control the amount of torque delivered to each rear wheel independently.

Combined with a suspension with a unique setting, stiffer bushings, and Michelin Pilot Sport 4S tires, Lucid said Air Sapphire provides a more agile and balanced cornering sensation. Lucid has opened the tap to order Air Sapphire with 249,000 US dollars. 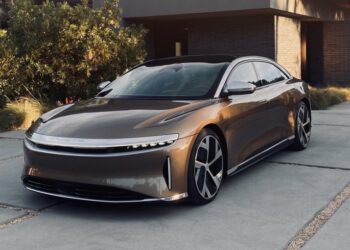