by Linda Ma
in Brand, Tesla
Reading Time: 1 min read
A A
0 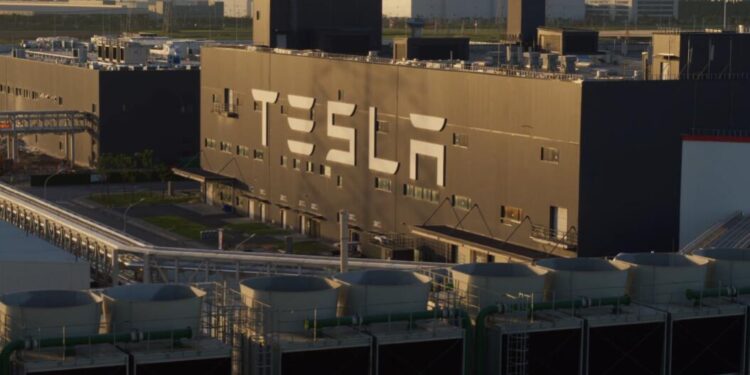 (Screenshot of a Tesla China video.)

Tesla has added a second shift to increase their electric vehicle production at the Shanghai Giga, according to a cnevpost report.

Dual shifts took effect at the Shanghai Giga on May 23, the report said, citing a Tesla insider. Previously using a one-shift system since returning to production on April 19 due to limited staff and supply chain issues.

Production at Giga Shanghai is still on a closed loop basis. Output is essentially the same as before the Covid lockdown levels, and is expected to return to full normal levels next month, the report said.

Prior to the lockdown in Shanghai due to Covid 19, Giga Shanghai used a three shift production system and operated on a 7*24 basis, with a capacity of nearly 20,000 units per week.

Giga Shanghai was expected to reach production capacity to pre-Covid lockdown levels in mid-May, but the plan has suffered some delays due to supply chain issues.

Giga Shanghai halted production as Shanghai entered a phased lockdown starting March 28 and officially began resuming production on April 19. The plant is estimated to have lost about 50,000 units of production during the lockdown.