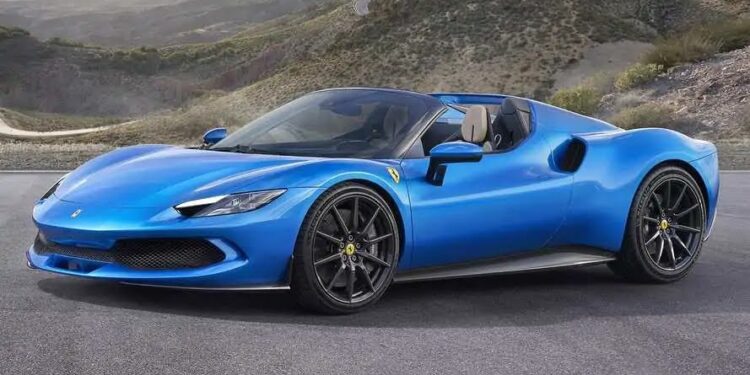 Ferrari on Tuesday (19/4) unveiled the new 296 GTS convertible which is the fourth plug-in hybrid model. The 296 GTS is one part of Ferrari’s efforts to continue to push for the electrification of its products.

The vehicle follows three of Ferrari’s previous hybrid models that went into full series production: the SF 90 Stradale in 2019, a convertible version called the SF90 Spider in 2020, and the 296 GTB last year.

The 296 GTS is a convertible version, equipped with a retractable hard top. Power is supplied by a 6-cylinder turbo engine (V6) coupled to a 122 KW electric motor for a total of 830 horsepower. Its top speed exceeds 330 km/h, says Ferrari.

Shipments of the new model will start from Europe in early 2023 and the price will be confirmed in due course.

So far, Ferrari’s road cars have usually been powered by a more powerful V8 or V12 engine, but the company has further reduced its share of V12-equipped cars because they are highly polluting in production.

Another new model is planned for release in the coming months, the highly-anticipated Purosangue (Thoroughbred).

The vehicle will be Ferrari’s first sport utility vehicle (SUV) and take the company into a lucrative segment where direct rivals such as Volkswagen Lamborghini have come first.

As part of its product electrification efforts, Ferrari has promised its first full-electric model by 2025. While Vigna has said that the company will seek a technology partnership.