by Robin Cannon
in Battery
0 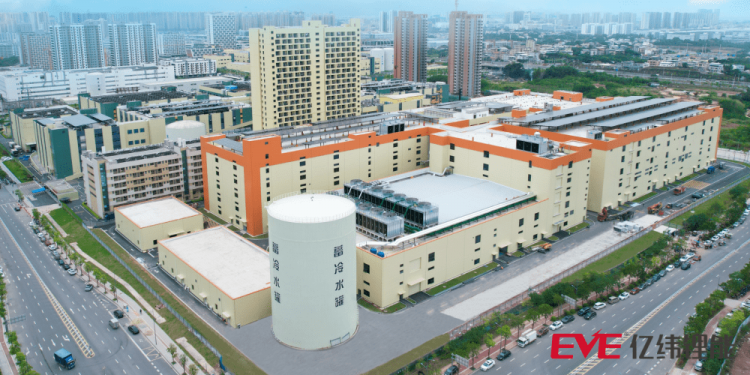 Chinese battery cell manufacturer Eve Energy, known for supplying BMW, plans to construct two new production facilities in China. The first, with an annual capacity of 20 GWh, will produce an as-yet-unknown lithium battery type in Jianyang, Sichuan, with an investment of around 10 billion yuan (1.36 billion euros). Construction is expected to be completed within two years, with a project company being established in Jianyang with a minimum capital of 100 million yuan (13.6 million euros) for coordination. The second facility, with a capacity of 23 GWh, will specifically produce LFP batteries.

Eve Energy plans to build a 23 GWh factory in Qujing, Yunnan province, within 18 months. The investment for the factory, which will produce cylindrical lithium iron phosphate batteries, is reported to be 5.5 billion yuan, roughly equivalent to 748 million euros. The construction of the plant will commence once all necessary approval procedures have been completed. This news comes after the company recently opened a research and development center in Huizhou, Guangdong province, which also serves as its headquarters.

Eve Energy gained recognition in the international market last year when it was chosen as one of the suppliers for round cells used in BMW’s electric models of the New Class. Other confirmed suppliers for BMW include CATL and Envision AESC. The company is currently expanding its production capacity in China with additional plants planned or under construction in Chengdu, Yuxi, and Jingmen. It is unclear whether an exclusive plant for BMW will be included in this expansion. BMW announced in September that Eve Energy was commissioned to build two plants, but did not specify their location. The goal is for all suppliers to cover the regions of North America, Europe, and China locally.

In March 2022, Eve Energy signed a non-binding letter of intent with the municipality of Debrecen, Hungary to acquire 45 hectares of land in an industrial area to build a plant for the production of cylindrical cells. However, there have been no further updates on this project.