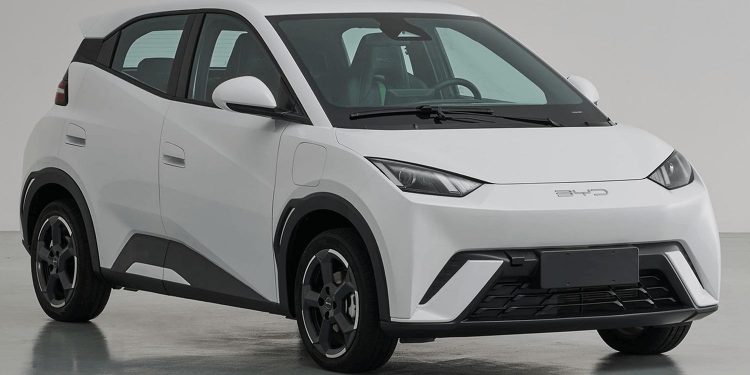 The car’s design will be based on the Seal electric sedan and the Dolphin electric compact car, which all form the “Ocean series”. Technical data and images of the Seagull were leaked when BYD submitted an application for approval with the Chinese Ministry of Industry and Information Technology.

The car will have an output of 55 kW and be fitted with an LFP battery with an unknown capacity, made by BYD’s FinDreams. It will have several battery options starting at 30.7 kWh. Rumors of using sodium-ion batteries in the Seagull and other BYD models were denied by the company.

The car’s expected weight is between 1,160 and 1,240 kilograms, and it will have 15- or 16-inch tires. The car will have a five-door body with four seats and a unique design with narrow headlights, a hatchback, and a roof spoiler.

According to the registration application, production of the Seagull will start soon, with a launch to market planned before the end of the year. The application also shows that BYD has not yet decided on the car’s final name, with two different names, Dolphin Q and Dolphin Mini, appearing in the leaked photos. It is not specified if the Seagull is based on BYD’s electric platform 3.0, which uses 800 volts and LFP cell chemistry.