by David Smith
in Jidu
0 Chinese search engine giant Baidu said the Apollo RT6 electric car would have more advanced autonomous technology than Tesla’s autopilot system. Baidu itself is optimistic that it can catch up with Tesla’s technological dominance in the world electric vehicle market.

“Our understanding of smart vehicles being electric is the semi-final, while being smart is the final,” said Baidu Chief Executive Robin Li, quoted from the Carscoops website today, Wednesday, August 10, 2022.

Apollo RT6 is equipped with 8 LiDAR sensors and 12 cameras for its Level 4 autonomous driving system. In comparison, Tesla uses a camera-based system for its electric car autopilot system, and does not use LiDAR sensors.

Baidu said that Apollo RT6 had nearly 32 million kilometers of testing. Then this electric car is also claimed to be tested directly by drivers with 20 years of experience behind the wheel.

Apollo RT6 will also be tested as the Apollo Go robotaxi service fleet. This service operates in 10 cities and has provided more than 1 million users. Baidu’s electric vehicle division Jida Auto also said it would deliver 800,000 examples of the robotaxi by 2028.

In early 2022, Baidu opened its first electric heavy duty truck development project together with Pininfarina. The electric truck named Xingtu is also equipped with an advanced semi-autonomous driving system with 11 onboard cameras, one infrared detector, a five-millimeter wave radar and a LiDAR sensor. 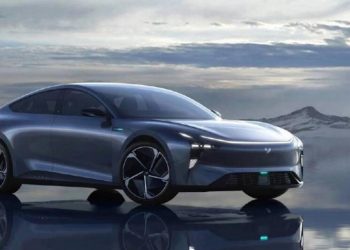 Jidu Auto, a subsidiary of Baidu, has launched its second model of AI-powered robotic car called ROBO-02 at the Guangzhou... 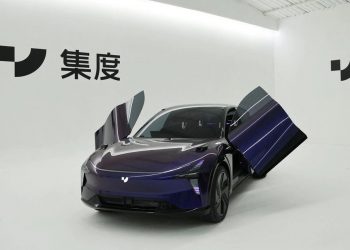 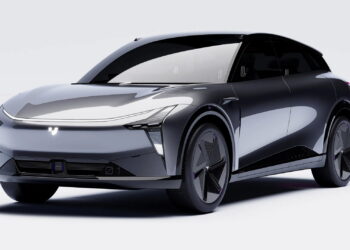 A few months after the official teaser was revealed, Chinese company Jidu unveiled its first concept: the Robo-01. The full...