by Linda Ma
in Autonomous, News
0 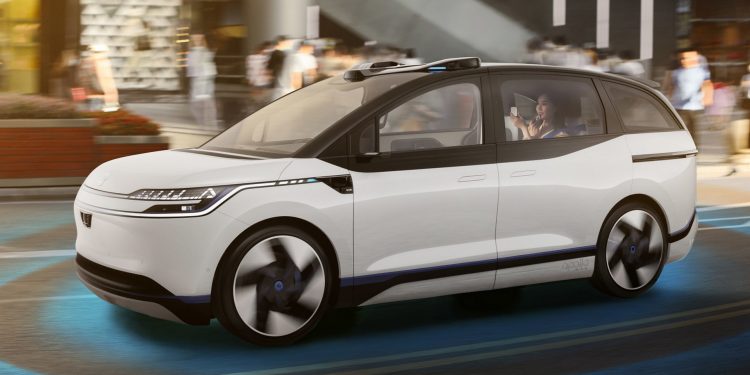 The Apollo RT6 was introduced as a new autonomous electric car that will complement the Apollo Go robotic taxi fleet.

The main goal of the launch of the Apollo RT6 electric car is to scale up the autonomous car fleet to bring the world closer to ‘driverless’ mobility. One way is at an affordable cost because the Apollo RT6 is only priced at 250,000 yuan.

“This huge cost reduction opens up the opportunity for us to launch tens of thousands of autonomous cars in China,” said Robin Li, Co-Founder and Chief Executive Officer of Baidu.

“We are moving to a future where taking a robot taxi costs half the cost of taking a taxi today,” added Li.

At this price, the Apollo RT6 is equipped with a Level 4 autonomous steering system along with the hardware. Call it Apollo RT6 already has two computer units capable of processing up to 1,200 TOPS.

In addition, it also gets 38 sensors including 8 LiDAR sensors and 12 cameras to detect objects around the car. Baidu did not mention how strong the power of the Apollo RT6 electric motor or the distance claimed by the battery was.

But Baidu said Apollo RT6 was developed based on the Apollo Galaxy platform which already supports autonomous driving capabilities.

Considering that Apollo RT6 can run independently without a driver, Baidu provides Apollo RT6 with a steering wheel that can be removed and installed.

The absence of a steering wheel certainly contributes to providing ample space for Apollo RT6 passengers. Interestingly, Baidu said the spacious room could be used to add features to the RT6 interior, such as computers, game consoles, or even vending machines.

Kia Sorento Hybrid specifications : Everything you need to know

Kia Sorento Hybrid specifications : Everything you need to know