by Linda Ma
in Autonomous, Jidu
0 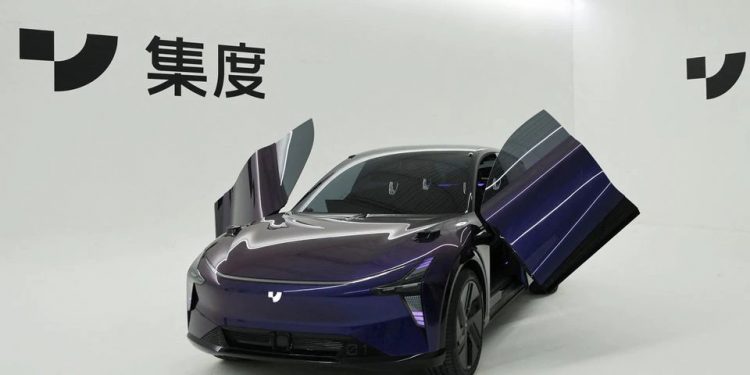 Before mass delivery in 2028, the Chinese technology company also plans to showcase its second car, which will also be mass-produced in 2024, Xia said.

As for the first robot car model — without doorknobs and fully controlled via voice command technology — it will be mass-produced in 2023.

Previously, Baidu had obtained permission to operate a driverless robotaxi service on open roads in Chongqing and the central city of Wuhan. The permit allows commercial robotaxi to offer rides to the public autonomously and safely.

Initially, Baidu will deploy five paid robotaxies in each city, where they will be allowed to operate in designated areas from 9am to 5pm in Wuhan, and 9:30am to 4:30pm in Chongqing.

China’s efforts to speed up testing and licensing of autonomous vehicles come as US regulators are also pushing for automated driving policies. On the other hand, robotaxi service Baidu Apollo Go has operated more than 1 million trips in 10 cities in China since its launch in 2020.

Baidu has not reported any issues with the service and has not provided details of how much has been invested in the project.

Hyundai IONIQ 5 EV production in trouble due to defective chips

Kawasaki Z Electric : What we know so far

Kawasaki Z Electric : What we know so far