by Christopher Harrison
in Motorcycles
0 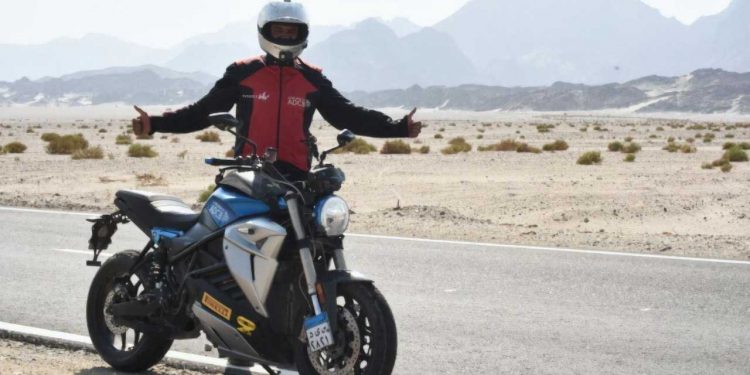 Adventure rider Ali Abdo has set a new Guinness World Record for the longest journey on an electric motorcycle by an individual rider. He traveled 12,749 kilometers (about 7,921.86 miles) in 30 days, riding across Egypt for his “The Ride to COP27” journey, which took place from October 10 to November 8, 2022.

The journey began in Cairo and ended at the COP27 climate change conference in Sharm El-Sheikh, Egypt. Abdo’s goal was to raise awareness about climate change among youth, and he visited various schools, universities, and sports clubs along the way to engage with local youth.

He completed the journey on his Energica EVA EsseEsse9, with which he had previously set a world record in 2021. Abdo and his team had been preparing for the Ride to COP27 project for over a year, and were proud of their achievement.

Ali Abdo has three Guinness World Records to his name, all of which were achieved on his Energica EVA EsseEsse9. On September 27, 2021, he rode the greatest distance ever recorded on an electric motorcycle in 24 hours, a distance of 919.87 kilometers (about 571.58 miles), in New Alamain, Egypt.

In addition, he recently set a new record for the world’s longest journey by electric motorcycle, traveling 12,749 kilometers (about 7,921.86 miles) in 30 days across Egypt. Abdo and his team are now planning a ride to COP28, the next global climate change conference, which is scheduled to take place in the United Arab Emirates.

The journey will take him through Egypt, Jordan, Saudi Arabia, Qatar, Bahrain, Kuwait, and Oman, and he will also attempt to set a new Guinness World Record for the greatest number of countries visited on an electric motorcycle at that time.