Yamaha E01 is quieter and less vibration? This is the explanation 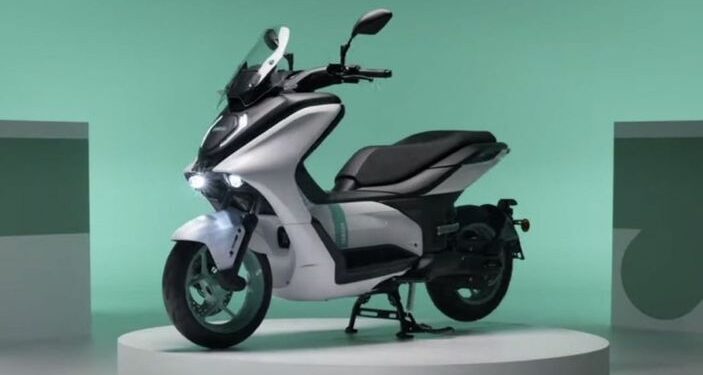 The Yamaha E01, a battery-powered concept motorcycle, is claimed to have minimal vibration and is not noisy or 10 decibels quieter than a conventional motorcycle with a 125cc equivalent engine.

Takuya Maruo as the engineer project leader of Yamaha Motor Japan explained that the silence of the performance of the Yamaha E01 is supported by the sound development technology carried out by Yamaha, one of which is the drive belt component that has been developed.

In his explanation, Takuya Maruo said that when the Yamaha E01 was driven at a speed of 40km/h, the noise level emitted by the motorcycle was only 58 decibels.

This figure is smaller than the conventional engined NMax which makes a sound of 68 decibels at the same speed, which is 40km/hour.

The VCU gives a signal to the Battery Management System (BMS) to regulate the discharge of electric power from the Yamaha E01 permanent battery. The battery then supplies power to the MCU to regulate power and drive an electric motor which then rotates the drive belt according to the grip that the user rotates.

Yamaha E01 uses a permanently installed (non-removable) 8.1 kW battery. The scooter whose design is similar to the Yamaha NMax uses an electric motor made by Yamaha itself with a battery that can cover a distance of 130 km when fully charged (at a constant speed of 60km/hour and depending on traffic conditions).