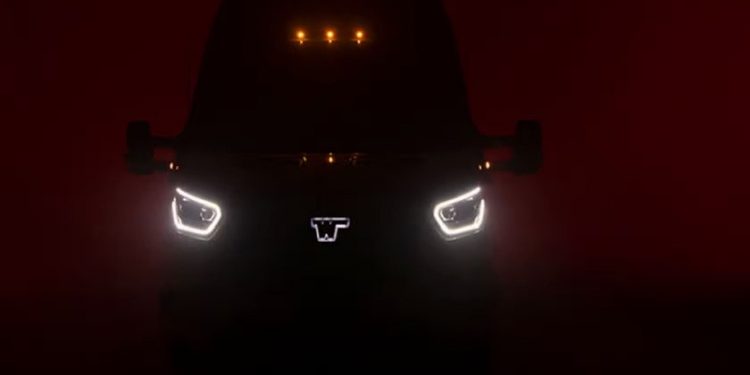 Winnebago Industries, Inc. as a motorhome manufacturer from the United States, showed a teaser prototype of the eRV2 electric camper van. This will be the way Winnebago kicks off in 2023, with future plans for an electric camper van in the near future.

As a follow-up to last year’s e-RV, the manufacturer is now developing an electric-powered camper van vehicle called the eRV2. Different from previous prototypes, the eRV2 has a shorter, sportier profile and a relocated charging port hinting at an overhauled powertrain.

As was the case last year, Winnebago will reveal its EV prototype at the Florida RV SuperShow. While the eRV2 remains a prototype, Winnebago has expanded on it and is offering a number of test drives during the event which runs from January 18 to 22.

The first change that’s immediately noticeable is the charging port that’s integrated into the grille of the eRV2 instead of behind the driver’s side door as it was on the original e-RV. That, coupled with the Ford badge-wearing charger, suggests that the latest van is likely based on the Ford e-Transit.

If in fact the eRV2 is based on the Ford e-Transit with a factory 68 kWh battery pack, the Winnebago may be able to make up for some of the battery downsizing with an onboard recreational battery and solar charging setup. Last year’s prototype relied solely on the powertrain’s batteries to power onboard camper equipment such as an induction cooker, refrigerator and roof-mounted air conditioner and carried no solar charging system.

The first few images of the eRV2 show what appear to be solar panels neatly mounted on the front of the roof above the windshield. RV solar panels tend to be used to power the auxiliary battery, not the vehicle battery, so it’s likely they will charge the battery to power the camper’s equipment.

The vehicle battery is still used for the vehicle, claims the range can reach 174 km for one trip.

The eRV2 appears to be based on the shorter Transit than the original e-RV. But the eRV2 has noticeably shorter rear overhangs and side windows, suggesting it’s using a Transit Long rather than an Extended chassis.

Winnebago is holding back on other details for its full debut on January 18, but you can see more of the undercover prototype in the clip below.