What we know so far about BYD Corvette 07 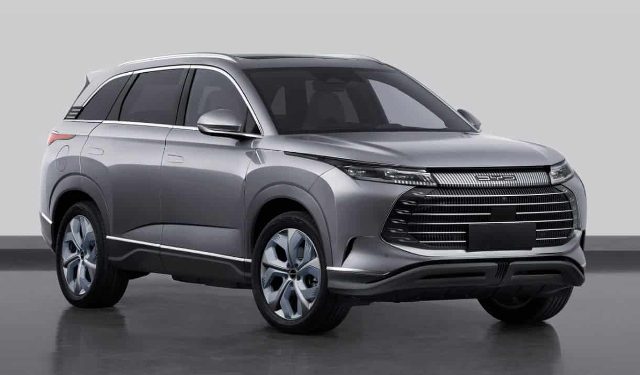 Along with the increasing popularity and demand for electric vehicles. Realizing this situation, many car manufacturers are moving quickly to build EVs, one of which is BYD which will soon launch the Corvette 07.

BYD, one of the manufacturers aiming to dominate the EV market, is getting ready to introduce its new model. BYD Corvette 07, which will be officially launched on December 9.

The BYD Corvette 07 will be officially launched on December 9th, and the pre-order price is around $32,000 – $40,750. The Corvette 07 will likely come in six trims with three different battery configurations.

The front of the SUV from China has a complex design with a wide six-bar grille topped by a smaller grille with the illuminated BYD logo in the center position and flanked by headlights. BYD says the grille design was inspired by “ripple waves”.

The BYD Corvette 07 sprint times from 0 – 100 km will vary between 8.5, 8.9 and 4.7 seconds for different models. The comprehensive cruising range of this SUV is 1200 km, and this SUV also supports fast charging with a maximum power of 75 kW.

The Corvette 07 is BYD’s first model to support Apple’s NFC digital key. Apart from Android devices, owners can use an iPhone or Apple Watch to unlock and lock the vehicle.

At the rear, the BYD Corvette 07 has a uniquely designed roof spoiler consisting of two eye-catching parts. Also, a light bar spans the back with the words “Build Your Dreams” in the middle.