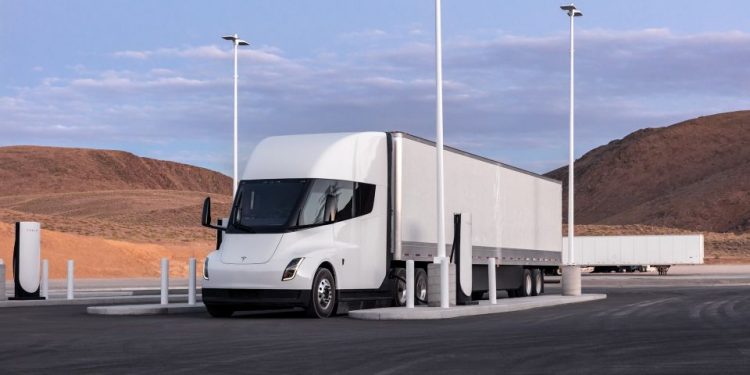 Tesla Semi finally began to be distributed to its customers on December 1, 2022. Pepsi became the first company to use this electric truck created by Elon Musk.

There was some new information that was obtained when this truck was launched, especially from the propulsion side. Power-wise, Tesla claims the Semi has three times the power of a diesel truck in its class.

This power can make the Semi accelerate from 0-96.5 kph in 20 seconds while carrying a full charge. The Tesla Semi can carry loads of up to 37 tons one way.

Elon Musk, CEO of Tesla, said that the Semi is the same as an ordinary truck in terms of driving sensations. But the power comes as the Semi hits a 6 percent gradient with ease.

Regarding propulsion, the Tesla Semi is equipped with three motors (tri-motor system). Two electric motors drive the rear axle and one electric motor for the middle axle.

Interestingly, the arrangement of the electric motor was created to gain efficiency. For the middle axle, it is constantly in use or suitable for highway driving.

Automatically, the two electric motors behind are connected and disconnected, in order to create energy efficiency during use. In addition, this tri-motor system also has regenerative braking which helps braking while recharging the battery.

For specifications, the Tesla Semi can cover a distance of 483 Km to 804 Km, depending on the selected battery option. The battery capacity is also estimated at 1 million Wh or 1,000 kWh.