by Andy Williams
in Lexus, News
0 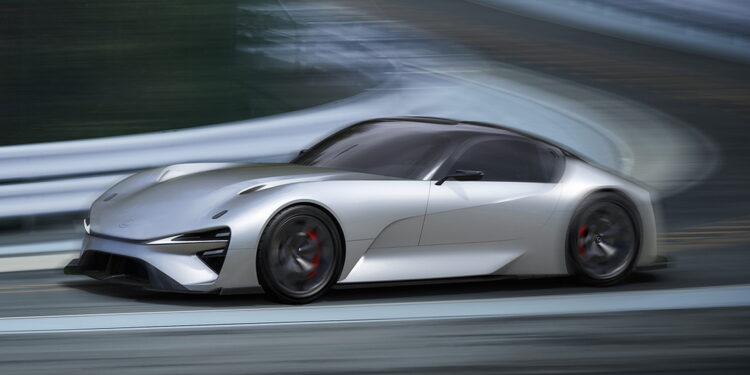 Lexus is developing a manual transmission simulation for future electric cars. This technology wants to give the excitement of a traditional car by changing its own gear but in a modern electric car.

Takashi Watanabe, Chief Engineering of Lexus Electrified, said the idea for a manual transmission in an electric car arose when engineers discussed what they liked about traditional cars or internal combustion engines (ICE).

Indeed, electric cars have constant torque from the moment you step on the gas pedal, but the presence of this technology will make you feel happy while driving. In fact, this project could be realized in a Lexus electric car in the future.

Currently, the technicians have tested this technology on the Lexus UX300e. Even to give a sensation, every gear change there is a ‘click’ sound, plus a fake engine sound that fills the cabin.

Uniquely, the prototype uses three pedals, a transmission lever and a tachometer which actually does not correlate with the rotation of the electric motor. Even if you change gears without pressing the ‘clutch’, the electric car can die, just like a traditional manual car.

Lexus is also doing mapping for electric motors that replicate each different car character. So, the driver can feel a different driving sensation from every vehicle that is tried.

It will be interesting to see what an electric car with a manual transmission will look like. It is possible that this technology will become an option for high-performance electric cars from Lexus, which is reportedly the successor to the LFA.