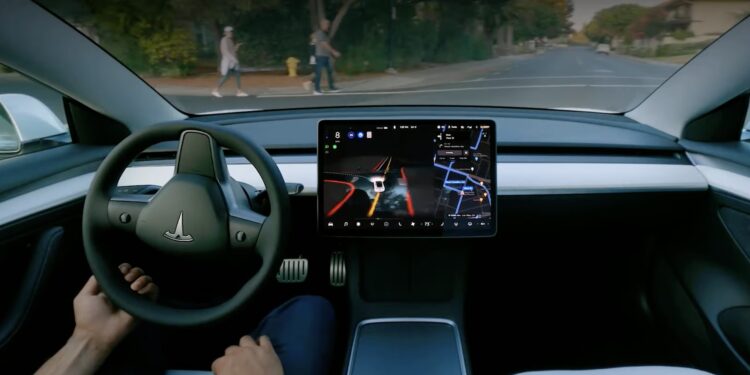 FSD Version 10.12.2 is said to be smoother than the previous version by slightly sawing the wheels during long turns making the driving experience smoother.

FSD Version 10.12.2 is said to improve the decision-making framework, improve the way vehicles crawl forward for visibility, better lane prediction, more accurate vision of pedestrians and bicycles and motorcycles and can better judge if a car is parked or no.

10.13 smooths out intersection control, especially long lefts, and starts to handle roads with no map data at all.

Last point is a big deal. Within a few months, FSD should be able to drive to a GPS point with zero map data.

But more significant improvements will come for version 10.13. Elon Musk recently tweeted that version 10.13, allows vehicles to run on roads where no map data is available. Vehicles rely on vision-based self-driving components to navigate the road when a GPS signal is absent or the map lacks information.

Elon Musk says it will be available in a few months. It should be noted that this functionality will be released in the next major update, so don’t expect it to work well at first, as it is part of the Beta program.

Version 10.13 also promises long left turns to be better than the current version of FSD.

Tesla plans to expand FSD to Europe this summer although that may take a long time as some features could make the system illegal on European roads.

Up close with types of chargers for electric vehicles

Up close with types of chargers for electric vehicles

EVs tires – All you need to know