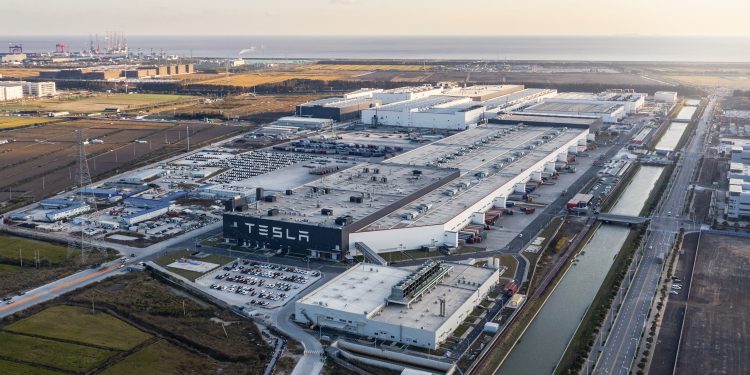 The Giga Shanghai production capacity building project has been completed and Tesla will test it in the span of 19 Spetember to 30 November, according to the local government report through their official page.

The optimization project began on December 21, 2021, with a RMB investment value of 1.2 billion, including environmental investment of RMB of 85 million, or 7.08 percent.

This project is an expansion of existing Tesla factory with the main focus on increasing production speed, according to the document.

With this optimization, Tesla will increase working hours, increase the number of employees up to 4,000 people.

Giga Shanghai has only produced models 3 and the Y model which is the best -selling Tesla vehicle on the market. Giga Shanghai besides being intended to meet the large Chinese market is also to meet export needs.

On July 20, Tesla said that Giga Shanghai had an annual capacity of more than 750,000 units, making it the largest Tesla factory in the world.

After optimizing production facilities, Giga Shanghai’s annual capacity is targeted to be around 1.1-1.2 million vehicles, according to previous reports in local media

Reduce carbon emissions, airport buses in Portugal will be replaced with hydrogen fuel