by Linda Ma
in Brand, Nissan
0 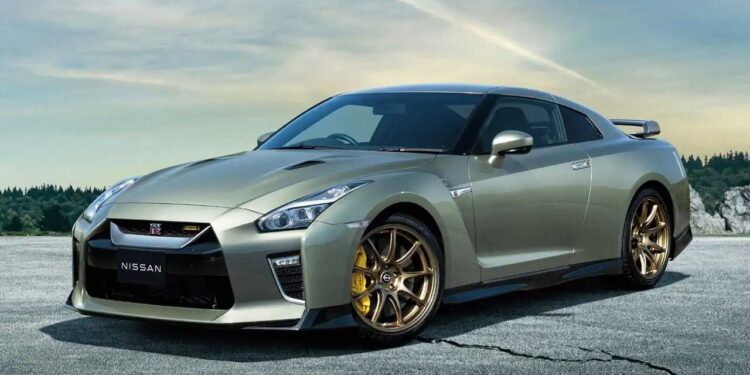 A big news came from Japan that reported that Nissan is developing the next generation GT-R as an electric car!

The Nissan GT-R with an electric powertrain will be jointly developed by Japanese and US engineers. Before becoming an electric car, the GT-R will first become a hybrid car with new technology, while waiting for the development of the EV version.

For information, the current model is planned to be discontinued next fall, and in the spring of next year it is possible that the car will be the last ICE version before switching to hybrid and BEV.

Nissan has so far had a target to become a manufacturer that will only produce electric cars by 2030. To achieve this goal, Nissan has spent considerable funds developing solid-state battery technology which is planned to be used for its entire EV line by 2028. .

Solid-state batteries can significantly reduce charging times to a much shorter length due to their energy density being twice as high as conventional batteries.

If this battery is ready for use, it is reported that the GT-R EV will later be paired with a solid-state battery to make this car’s performance more powerful than the combustion engine version.

To create a capable version of the GT-R, a source said that Nissan is currently researching the construction and technology of the Porsche Taycan.

Given that the GT-R EV will use the latest all-solid-state battery, the Porsche Taycan Turbo S is considered a worthy competitor, and the manufacturer will learn a lot from the German-made car.

Through the Taycan, Nissan sees that the supersports type BEV has many possibilities to explore. Not only about driving performance such as active suspension, dynamic chassis control system and rear axle steering (four-wheel steering), but the exhaust sound issued by the Taycan also caught Nissan’s attention.

In other words, apart from high performance, electric cars can also offer a driving sensation that is no less great. After all, Nissan has a long history of developing an electric car, so the capability of the electric GT-R is believed to be as great as its predecessors.

Honda released a teaser image of Prologue EV, its first electric SUV for US Market