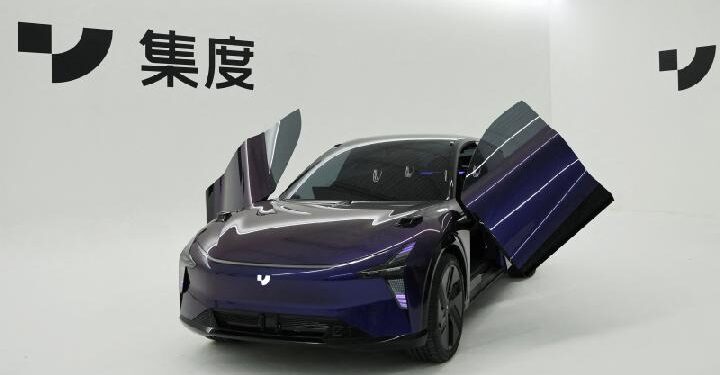 Jidu Auto, a subsidiary of Baidu that develops electric vehicles, unveiled a “robot” concept car which is the first vehicle unveiled by the Chinese internet giant.

What caught the eye of the concept car was that it didn’t have door handles. Owners can enter the vehicle using a voice recognition system, as revealed in an online press conference held on the Xirang app, which is themed on the Baidu metaverse.

Jidu is controlled by Baidu and co-funded by Chinese automaker Geely. In their projection, mass production which is 90% similar to the concept car will be carried out in 2023.

The vehicles will have level 4 autonomous driving capability with a Qualcomm 8295 chip that does not require human intervention while running. The vehicle uses two lidars and 12 cameras on the side of the car. Lidar is a detection system, similar to radar for the detection of the vehicle’s surroundings.

To make this vehicle a reality, Jidu hired former Cadillac designer Frank Wu as its head of design, and Wang Weibao, a former member of Apple Inc’s EV initiative on Project Titan, as its head of smart driving.