by Shaun Williams
in Hyundai
Reading Time: 2 mins read
A A
0 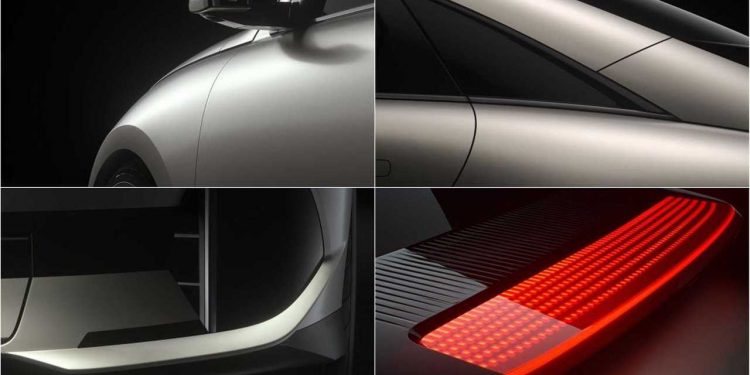 After releasing concept sketches of the Ioniq 6 last week, Hyundai today released the first real photos of the Ioniq 6 electric sedan. There isn’t much to see before Hyundai actually releases it this weekend.

However, the teaser photos that have just been published show a lot of hope. The teaser photo shows a clean and flowing surface with a sporty-looking bumper. The wheels come with an attractive design, a pixelated LED light unit, and a slim side camera.

The Ioniq 6 electric sedan adopts Parametric Pixel design features such as the Ioniq 5 crossover, featuring pixel LEDs on the third brake light and vertical reflectors at the rear.

Unlike the Ioniq 5, the Ioniq 6 seems to have more curves in its design like the Prophecy Concept. The Ioniq 6 electric sedan has a sloping roofline to improve aerodynamics. From the teaser image shared, we also get a glimpse of the retractable door handle.

Hyundai promises the Ioniq 6 makes driving more agile and sustainable by making the airflow around the vehicle smoother. The automaker also mentions “the transparent, glass-like texture that reflects light beautifully.”

The Ioniq 6 will use Hyundai Motor Group’s E-GMP EV platform along with the Ioniq 5, KIA EV6 and Genesis GV60. This second electric vehicle from Hyundai is expected to offer single and dual motor configurations with rear-wheel and all-wheel drive, respectively.

Rumor has it that the Ioniq 6 will come with a 77.4-kWh battery and a 300-horsepower powertrain when it launches. There will also be a more powerful Ioniq 6 N as Hyundai is working on the Ioniq 5 N performance model.

The final design of the Ioniq 6 will be revealed this weekend, while its first public appearance is scheduled for mid-July at the Busan auto show in Korea.

Part I. New Era#IONIQ6, with a silhouette we’ve only dreamed of, is shaped with glass-like, transparent textures that reflect light exquisitely. It will connect you to another dimension, and evoke a new era.

Part IV. Symbol of connection
The parametric pixel is the symbol of the IONIQ brand that links digital and analog, connecting the generations and propelling us towards an electric future.

Ford introduces electric SuperVan at Goodwood, with 2000 hp and 60 MPH in less than 2 seconds 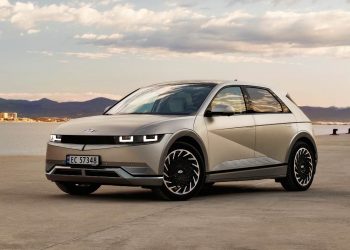 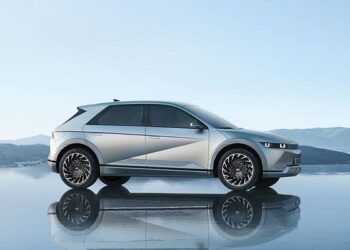 Ford introduces electric SuperVan at Goodwood, with 2000 hp and 60 MPH in less than 2 seconds