by David Smith
in Brand, Hyundai
Reading Time: 1 min read
A A
0 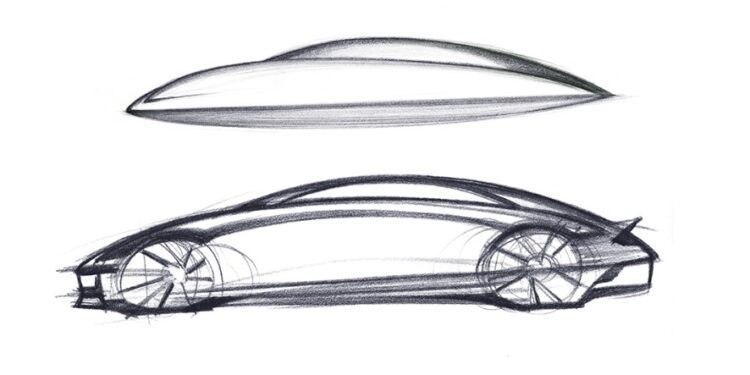 Hyundai has just revealed a design concept sketch of the highly anticipated IONIQ 6, the second model of Hyundai’s all-electric IONIQ vehicle after the IONIQ 5.

In a published sketch, it shows the unique and sleek silhouette of the IONIQ 6. Hyundai says the sketch is inspired by the company’s EV Prophecy concept. The Hyundai IONIQ 6, which will be referred to as the Electrified Streamliner, features clean and simple lines and an aerodynamic shape.

The streamliner design typology is called to meet the aesthetic and functional needs of customers in the era of electric mobility.

The IONIQ 6 still uses the Electric Global Modular Platform (E-GMP) which is also used by the IONIQ 5 and KIA EV6 providing an extended wheelbase and optimized interior design.

Hyundai promises additional IONIQ 6 teaser images in the coming days. Meanwhile the exterior and interior design of the IONIQ 6 will be revealed later this month on Hyundai’s official social media channels and the IONIQ 6 Campaign Page (https://ioniq6.hyundai.com).

Hyundai partnership with Michelin to develop tire for premium EVs