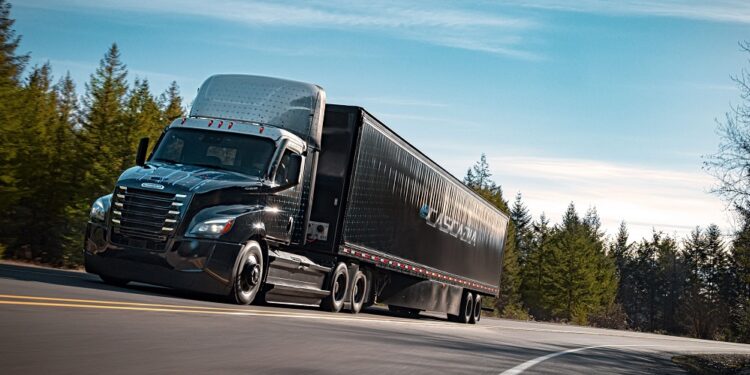 Not only passenger vehicles, the era of electrification has also attacked the logistics and commercial vehicle industries in the world. One of them is the toughness of diesel trucks which are now being replaced by electric-powered trucks.

This is Freightliner’s initiation to start operating the new eCascadia electric truck in the New York and Los Angeles city areas, United States (US) in the fall of 2022.

“To ensure that the new truck is precisely tailored to customer needs, we took into account the experience of leading fleet operators such as Pepsi, Ikea and Penske during the development of the eCascadia,” said Freightliner Product Manager Kevin Otzenberger. 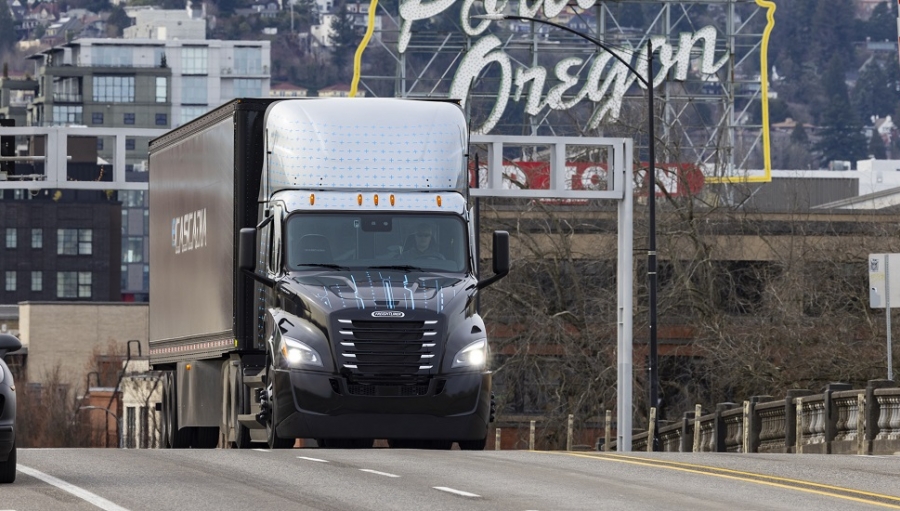 As a subsidiary of Daimler Truck North America (DTNA), the new Freightliner eCascadia has shared some things with its European counterpart, the Mercedes eActros truck. However, it has a different amperage where the electrical system of a low-voltage vehicle is usually operated with 24 volts in Europe and with 12 volts in the US.

This electric truck challenger to the Tesla Semi-Truck uses a Detroit powertrain developed by DTNA. The powertrain offers a choice of one or two electrically driven axles with a maximum output of 320 hp to 470 hp.

Both types of drives can be combined with three NMC (nickel-manganese-cobalt) lithium-ion batteries of different sizes ranging in capacity from 194 kWh (average charge time from zero to 100 percent: 90 to 180 minutes), with 291 kWh ( two to four hours) or 438 kWh (two to six hours). 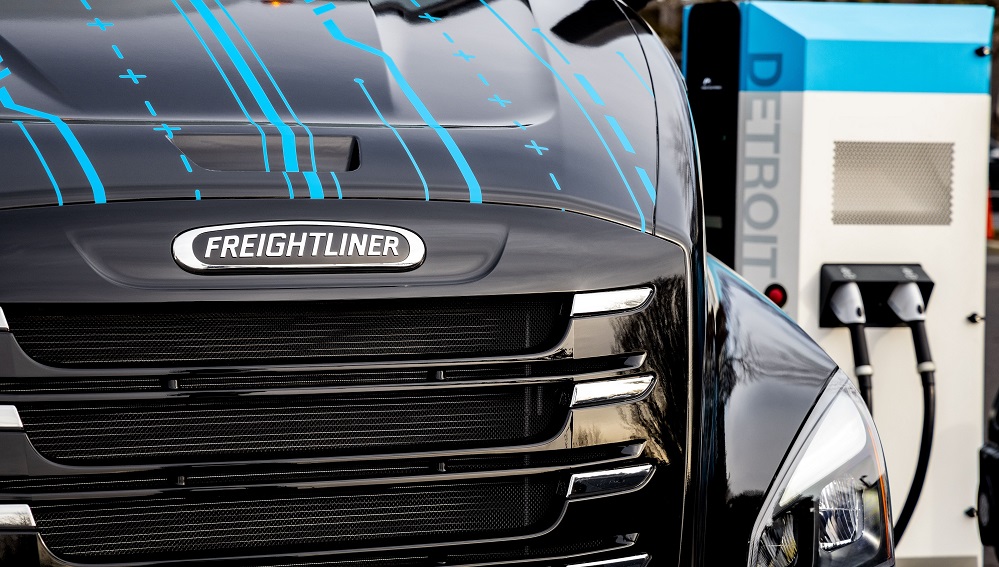 In addition, this Freightliner eCascadia also has prismatic cells that come from a Chinese supplier CATL. They can be charged via the CCS1 connector with a charging capacity of up to 240 kilowatts. The current 400 volt technology is still on the way, but the next generation of eCascadia will probably have up to 800 volts.

Depending on the configuration, the eCascadia has a range of between 249 km (155 miles (249 miles) and up to 370 km (230 miles) if only one e-axle is attached and coupled with a large battery pack, which is stored in the center of the tractor.

The electric truck can also carry loads of up to 82,000 pounds (37 tons). Digitization has found its way into passenger cells. Two LCD screens, one as a virtual instrument panel and one as a command center for infotainment, provide all necessary information and data to the driver.

eCascadia is also a future Daimler truck in North America (DTNA) in terms of assist systems, where assists such as the active lane departure warning system, which helps the driver to keep heavy vehicles on track even in cross winds. 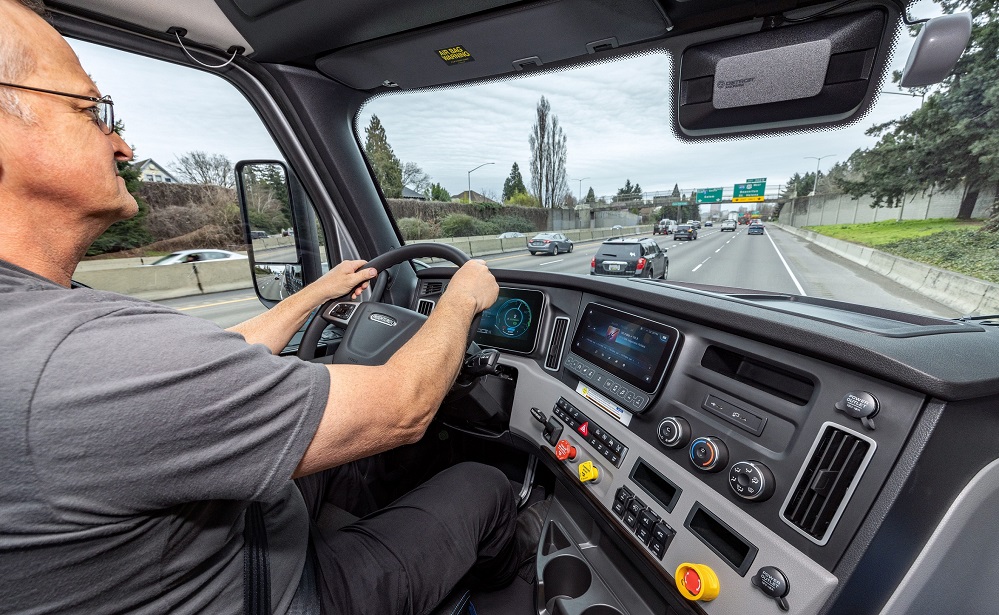 John O’Leary, President and CEO of DTNA said that the introduction of these zero-emission trucks and all the support systems needed was truly a game changer.

“By developing electric vehicles, investing in charging infrastructure and offering eConsulting services, we are determined to do our part to make commercial transportation emission-free.”