by Christopher Harrison
in Autonomous, Tesla
0 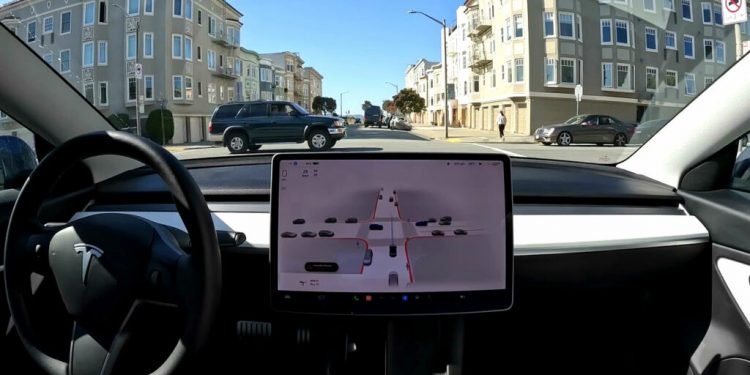 CEO Tesla Inc. Elon Musk announced that the Beta version of Tesla’s Full Self-Driving software is now available to everyone in North America.

Elon Musk announced this latest news via his Twitter account which was posted on Thursday (24/11/2022) morning. Tesla has not yet responded to a request for comment regarding the announcement.

“Tesla Full Self-Driving Beta is now available to anyone in North America who requests it from their car screen, assuming you have purchased this option,” Tesla’s CEO tweeted.

Musk said in October that Tesla’s advanced driver assistant software would not get regulatory approval this year.

The world’s number one richest man hopes to provide an update on Full Self Driving (FSD) in the next year, to show regulators that the technology is far safer than human driving.

The electric car maker is selling a $15,000 worth of FSD add-on software that allows its vehicles to change lanes and park independently.

The software comes with its standard “Autopilot” feature, which allows the car to steer, accelerate and brake in its lane without driver intervention.

Tesla, which has been criticized for testing its unfinished technology on public roads, is also being investigated by the US Department of Justice over claims that the company’s electric vehicles are self-propelled, according to a Reuters report last month.

The US Department of Justice launched a previously undisclosed investigation last year after more than a dozen accidents.

Some of them were classified as fatal and involved Tesla’s Autopilot driver assistance system, which was activated during the crash, said three sources familiar with the matter.

However, Tesla also explicitly warns drivers that they must keep their hands on the wheel and maintain control of their vehicle while on Autopilot.

Tesla’s technology is designed to assist with steering, braking, speed and lane changes, but the features “do not make the vehicle autonomous,” the company said on its website.