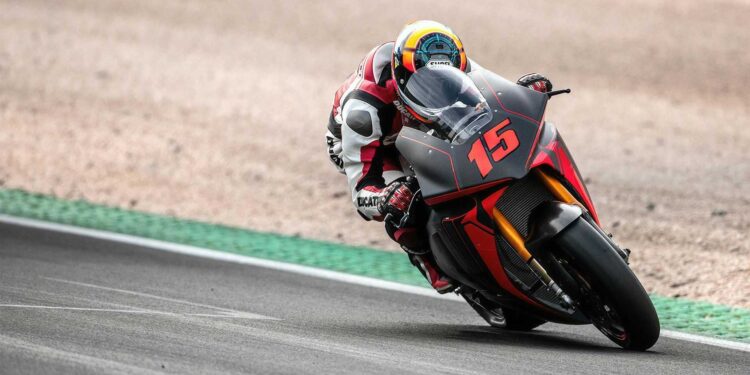 Ducati has shared the latest images of the first electric prototype engine that will be supplied as the official MotoE World Cup racing engine starting in 2023. This Ducati electric motorcycle is claimed to have the speed of a MotoGP bike.

Ducati has been actively developing an all-new electric engine since it was announced as the main supplier of MotoE from 2023 to replace the Energica Ego that has been in use since 2019.

Although this is Ducati’s first breakthrough in electric engine development, Ducati eMobility Director Roberto Cane claims that the company never stops in the development process.

“Ever since we brought the Ducati MotoE prototype for the first test session, the development project has never stopped even for the sect. The hard work of the team has paid off and gives us satisfaction.”

“In just four months, our prototype has managed to dominate several major circuits in Italy while providing a positive response. Although there is still a lot to be done but we are on the right track,” he explained.

Meanwhile, the 2022 MotoE season – which is also the last season with the Energica engine – will open on April 30.

INDI EV Launches INDI One, range up to 482 km