But both vehicles are electric pickup trucks that are now available in the market. Comparing with the Hummer EV is certainly not a wise thing because the price difference is very far.

Out of Spec Reviews just tested how efficient it is between the Rivian R1T and the Ford F-150 Lightning. As stated earlier, the two vehicles are not direct competitors. But both have versions configured the same way, and it makes sense to see how the energy consumption goes between the two.

The test was conducted pitting the Rivian R1T all-wheel-drive quad-motor with Large Battery Pack against the Ford F-150 Lightning Platinum with Extended Range Battery. According to data released by the EPA, these electric trucks are quite a match, so it’s certainly a competition worth exploring. 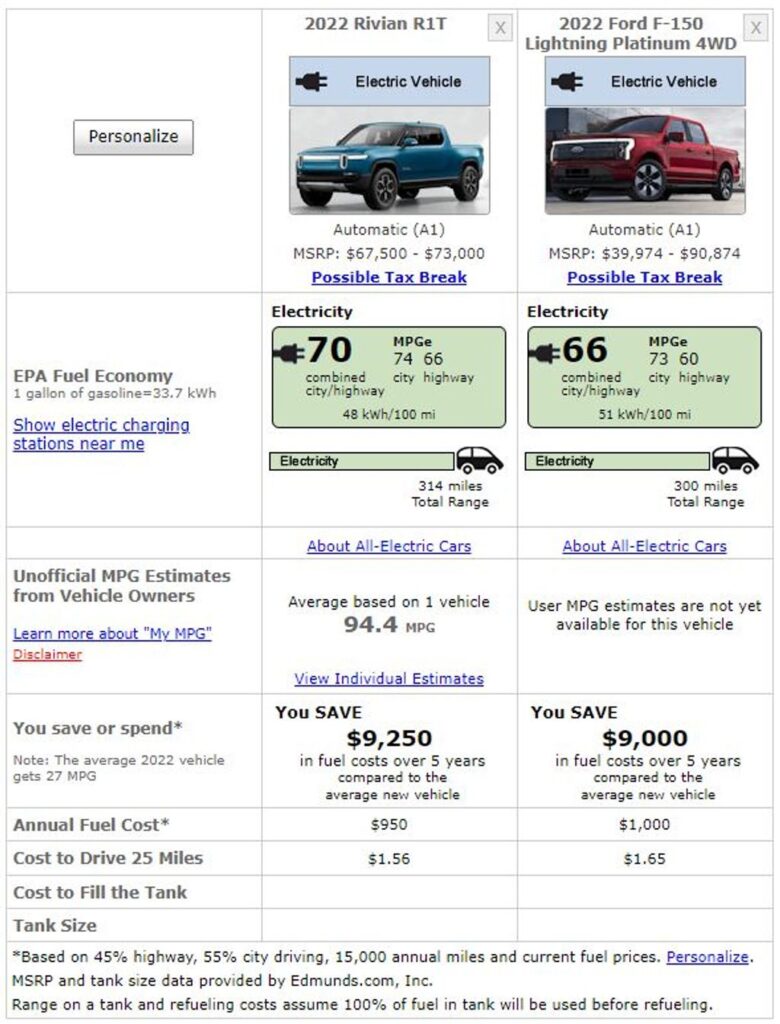 From the data above, the Rivian R1T has an EPA estimated range of 314 miles. According to the EPA website, the truck returns a combined 70 MPGe in a mix of city and highway driving. EPA data shows the Rivian R1T uses an average of 48 kWh to cover 100 miles.

Meanwhile, the F-150 Lightning has a range of 300 miles and a combined fuel economy rating of 66 MPGe. The EPA estimates that it will consume 51 kWh per 100 miles traveled.

MPGe indicates travel on a “mile per gallon of gasoline equivalent.”, a lower number of kilowatt-hours per 100 miles represents a good level of efficiency, meaning the vehicle uses less energy to cover that distance (100 miles).

From the test results, there are many important details to consider here. But from testing the F-150 Lightning averaged 1.9 miles per kWh, while the R1T came in at 2.15 miles per kWh.

Be sure to watch the analysis video carefully, as it provides interesting information about the truck’s speedometer versus actual speed, which serves to alter the results.