by James Bryant
in Sales
0 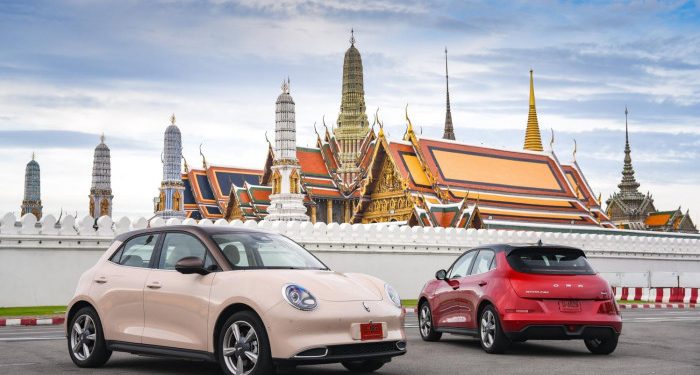 Great Wall Motor China is reported to have become the most famous electric vehicle manufacturer in the land of the white elephant, GWM is known to have sold more than 2,000 cars to the Thai people, and that’s not all because there are still 3,000 customers who are currently pivoting on electric cars from GWM.

See also: Tesla is coming to Thailand market with EVs, batteries, and solar

According to reports, to date there are 4,500 MG electric cars on the road in Thailand. Meanwhile, The Federation of Thai Industries predicts that there will be more than 10,000 electric cars sold in Thailand this year.

The widespread use of electric cars in Thailand is due to a subsidy from the government, which makes the price of electric cars more affordable for the public. The subsidies are aimed at stimulating demand for green cars and encouraging car manufacturers to produce them locally.

Deputy chairman of the Thai vehicle association, Surapong Paisitpatanapong said that many Japanese, European and American manufacturers had come to talk about investment in electric vehicle manufacturing. However, they are not as aggressive as Chinese manufacturers who immediately decide to deal.

“I think Japanese brands are still enjoying increased sales of hybrid EVs, and they can wait until demand increases substantially before they start producing pure EVs,” added Surapong.