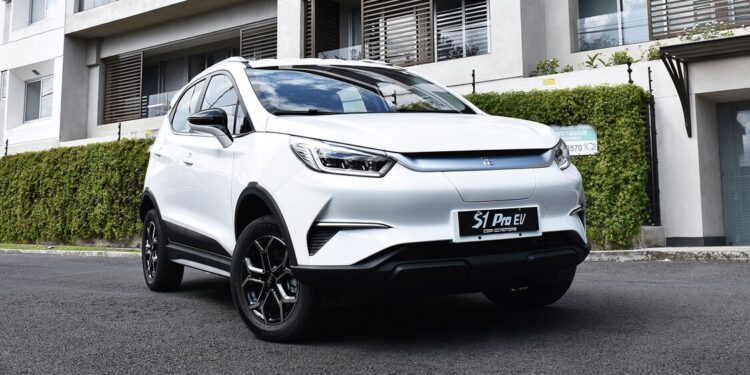 BYD announced that it will be delivering 1,200 units of the Yuan Pro EV electric compact SUV to Costa Rica this year. In Costa Rica, the electric car will be sold under the name S1 Pro by local partner Cori Motors.

BYD Yuan Pro is different from BYD Yuan Plus. The Yuan Plus is an electric SUV based on the BYD 800 volt 3.0 electric platform, and sales only started this February. Meanwhile, the BYD Yuan Pro, which will be delivered to Costa Rica, was introduced last year.

Dimensionally the BYD Yuan Pro is only eight centimeters shorter than the Yuan Plus and is placed below it with simpler technology. In the Chinese market, Yuan Pro is available at a starting price of 79,800 yuan (11,320 euros), while Yuan Plus starts at 141,800 yuan (19,700 euros).

The BYD Yuan Pro has a range of 401 kilometers. The permanently excited synchronous motor has an output of 100 kW, and the maximum torque is 210 Nm. According to reports, the BYD Yuan Pro DC charger’s ability to charge the battery up to 80 percent in 30 minutes.

BYD in the costa rica market is a leader for new energy vehicles. BYD is the market leader for New Energy Vehicles in Costa Rica for the third year in a row.

In the first quarter of 2022, about 50 percent of NEV in Costa Rica was BYD production, with sales growing 220 percent year-on-year.

For other Latin American markets, in April BYD announced an order for 1,000 BYD D1 from VEMO, Mexico’s largest new energy transport operator. This BYD D1 will be used to set up an electric taxi fleet which will create more than 3,000 new jobs.

In Brazil, BYD had launched its flagship sedan, the Han EV for Brazil Market. This year BYD’s electric vehicle business is expected to reach 45 major Brazilian cities, through partnerships between BYD Brasil and local dealers such as Eurobike, Saga and Servopa.