by Linda Ma
in Autonomous, BYD
0 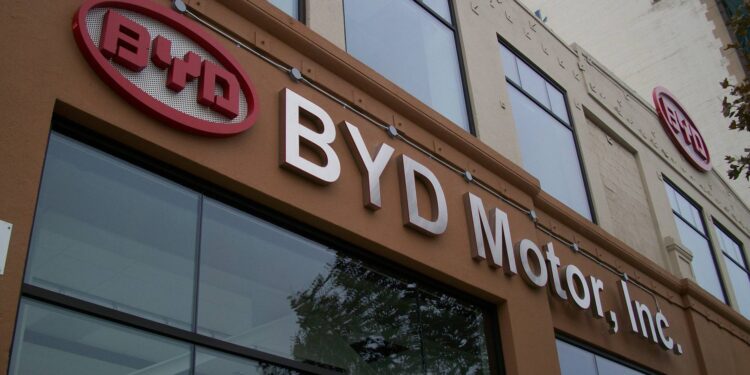 After surpassing Tesla in sales of new energy vehicles in the first half of this year, BYD according to local media 36kr plans to manufacture a special chip for intelligent driving.

The project will be led by a team from its semiconductor subsidiary BYD Semiconductor.

BYD itself is recruiting a BSP (board support package) technology team and is targeting the chip to be released by the end of this year.

BYD can develop the BSP on the development board, and when the chip is ready, it can then be debugged, the report said, citing people familiar with the matter.

BYD holds a 72.3 percent stake in BYD Semiconductor which was founded in October 2004.

Despite being the largest new energy vehicle manufacturer in China, BYD’s capabilities in developing intelligent driving systems have not been recognized like other companies such as XPeng Motors and NIO.

In 2021, BYD and Momenta set up a joint venture. Momenta itself has been known as a company that develops autonomous driving capabilities. BYD is also forging partnerships with companies including Baidu and Nvidia in the smart driving field.

But relying on external suppliers is not BYD’s style, and the preference has always been for vertical integration, 36kr said, citing an industry source close to the company’s management.