by Linda Ma
in Battery, BYD
Reading Time: 1 min read
A A
0 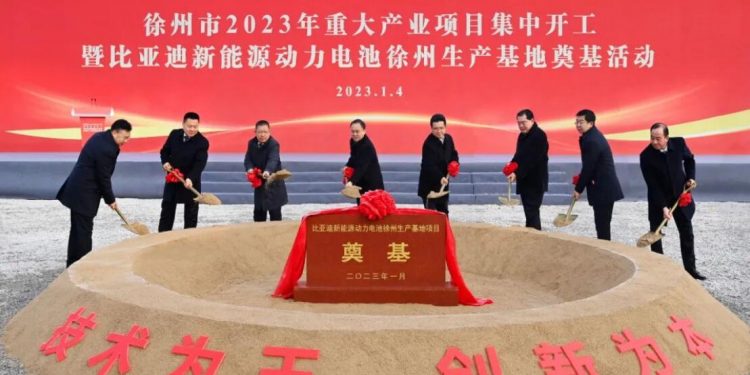 BYD has announced the construction of a new power battery production facility in Xuzhou, Jiangsu province, which is expected to have an investment of around $1.5 billion. The facility is set to begin contributing capacity by the end of the year, with a groundbreaking ceremony taking place on January 4.

The first phase of the BYD power battery production facility in Xuzhou, Jiangsu province, which has an investment of around $750 million, is expected to begin partial operations in December 2023. The phase will cover an area of 470,670 square meters.

After the Phase I project reaches production, it is expected to have an annual battery capacity of 15 GWh and annual sales are expected to reach about RMB 10 billion.

In the global market, BYD ranked second with a 13.6% market share from January to November 2022, according to data from SNE Research. CATL was the market leader with a 37.1% share, having an installed base of 165.7 GWh during the same period.

Previously, BYD had announced its premium brand named Yangwang. Yangwang’s launch was marked by the unveiling of two vehicles at once, namely the U8 electric offroader and the U9 electric supercar.