Autonomous Taxi Startup Pony.ai get a taxi license in China

by David Smith
in Autonomous, News
0 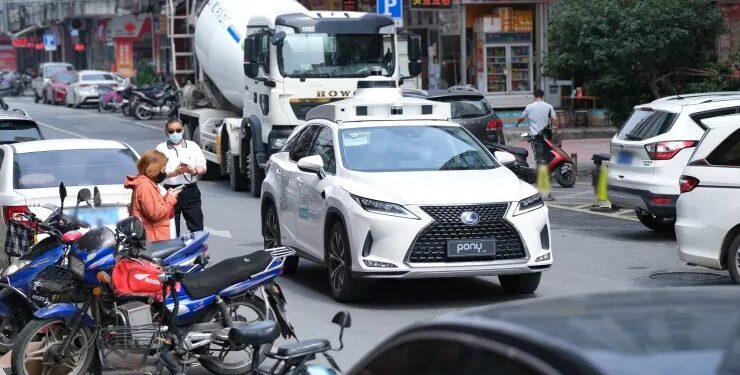 Pony.ai, backed by Toyota Motor Corp., announced on Sunday, April 24, that it had obtained a taxi license in China. The license will allow the autonomous driving technology company to operate some of its vehicles without the driver starting to charge fees on the country’s city streets.

Pony.ai says it is the first autonomous driving company in the country to be able to get a license. The startup said it had been granted a license to operate 100 self-driving vehicles in the Nansha district of Guangzhou city.

Pony.ai last year also won approval to launch a paid driverless robotaxi service in Beijing and has since started offering the rides widely.

However, according to a Pony.ai spokesperson, in Beijing, their rides are only being offered in a much smaller industrial zone as a trial run.

According to a company statement, in Nansha they will start charging a fare in an area of ​​a total area of ​​800 sq km, for driverless taxis. Passengers can call and pay for trips with the Pony.ai app.

“Pony.ai will initially deploy the cars with safe drivers but hopes to remove them “in the short to medium term,” a Pony.ia spokesperson said, as quoted by Reuters.

The announcement comes at a time when a number of startups are pouring billions of dollars into autonomous technology, aiming to take an early lead in the future of autonomous mobility.

Pony.ai is already active in the United States and China, and has tested its driverless technology on public roads in Fremont and Milpitas California, as well as the Chinese cities of Guangzhou and Beijing.

In China, a number of competing local startups are also competing. In recent months, Momenta and automaker SAIC have also obtained official approval for a trial run of their robotaxi service in Shanghai’s Jiading district. This follows a similar move in Guangzhou made by Weride, which was created with Nissan.

In Shenzhen, Alibaba-backed AutoX is also testing robotaxis. The trial is being observed by safety drivers in highly congested urban areas with a lot of foot and moped traffic.