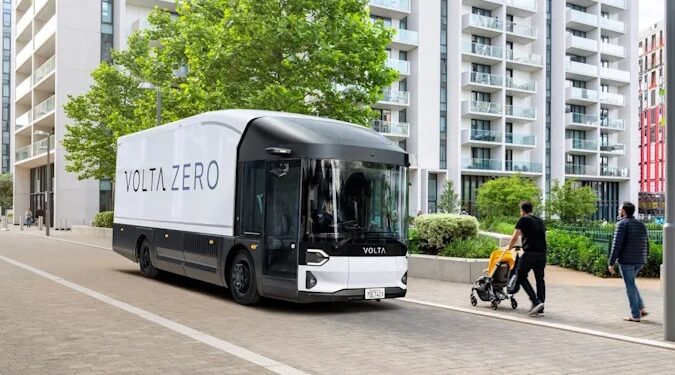 Volta Trucks has shared a roadmap outlining plans to bring its all-electric Volta Zero truck to the United States next year.

The strategy will begin with deliveries of the 16-ton Volta Zero truck, followed by the Volta Truck Class 5 and 6 variants. Additionally, Volta Trucks is seeking a manufacturing partner on US soil to begin building the Zero truck before the end of the year.

Volta Trucks is a commercial EV startup offering “Trucks as a Service” (TaaS) founded in London in 2019.

With offices in Sweden and France, Volta has been consistently working to deliver its flagship commercial truck, the Class 7 Volta Zero.

The 16-ton version of the Volta Zero was originally launched in 2020 and has since been followed by plans for three additional variations.

A smaller version of the Volta Truck was recently launched and is scheduled to arrive for customers in 2025.

Meanwhile, Volta announced it would enter the United States market as part of its strategy for TaaS, maintenance, and local manufacturing.

According to the automaker, US residents will see Volta Trucks operating on the streets of Los Angeles by the end of 2023.

Volta Truck’s entry into the US will begin with 100 Class 7 (16-ton) Volta Zero Trucks at the City of Angels, followed by a production launch in 2024.

Commercial EV manufacturers are currently road-testing a “design verification” prototype of the 16-ton Zero in Europe and expect more than 1,500 commercial EVs to be built overseas by the time it enters North America.

The first Volta Class 7 trucks to arrive in North America will come from the automaker’s current contract manufacturing facility in Steyr, Austria. However, all Class 5 and 6 Volta Zero Trucks eventually delivered to the United States will be made locally.