by Michael Khan
in Hydrogen, News
Reading Time: 2 mins read
A A
0 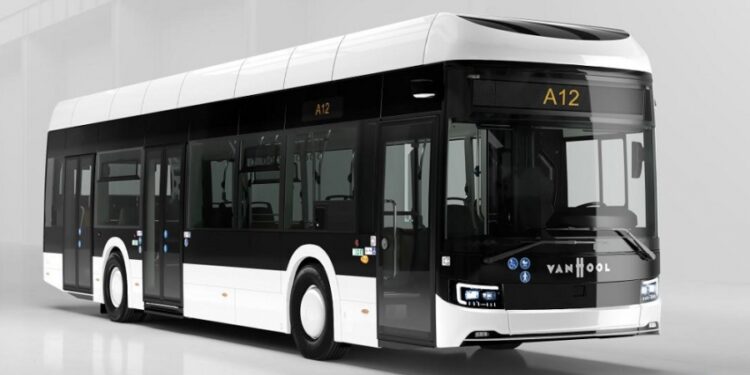 The leading bus manufacturer from Belgium, Van Hool announced that it will soon introduce a new line of zero-emission buses, the Van Hool A Series (series A).

The form of environmentally friendly public transportation will be exhibited at the international trade fair (European Mobility Expo) which will take place on 7-9 June 2022 in Paris, France.

The Van Hool A Series buses will offer a variety of exclusive zero-emission variants that include battery-electric buses, hydrogen buses and trolley buses.

With this new series A series, the company claims to have built on the knowledge and experience it has gained in eco-friendly buses for urban and regional public transportation.

The Van Hool A series buses will also offer a series of new variants by presenting 4 different bus lengths, including 12m, 13m, 18m, and 24m buses complete with 2 to 5 passenger doors.

The launch of this environmentally friendly bus is quite positively welcomed by automotive lovers, especially for bus entrepreneurs. Even before the official announcement of this A series bus, Van Hool had 13 orders on its books, with a total of 162 buses being the Van Hool A12 battery-electric bus model.

For your information, Van Hool is an independent family business and manufacturer of buses and industrial vehicles founded in 1947 in Koningshooikt, Belgium. Most of its vehicle products are intended for the European and North American automotive markets. Van Hool has approximately 3,500 employees worldwide, most of whom work at production facilities in Koningshooikt, Belgium and Skopje, North Macedonia.