by James Bryant
in Industry, News
0 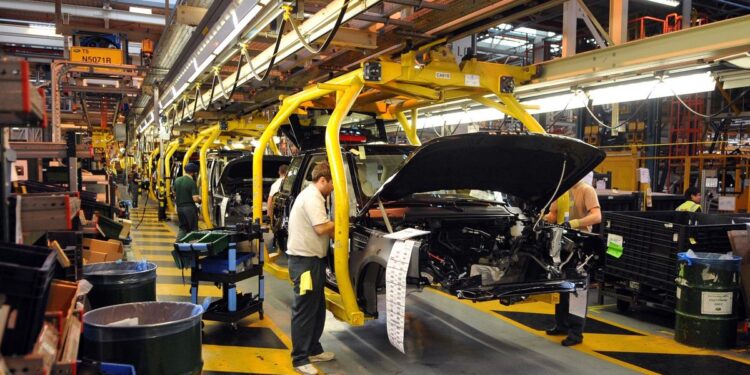 The UK faces a “chicken or egg” dilemma regarding their automotive industry. Should they first choose a battery factory or the presence of the electric car industry?

Bloomberg released a report related to the current condition of the automotive industry in the UK. For more than a decade, Britain has become the center of electric vehicle production for Europe. However, the situation is now starting to change.

The reason is that the country of Queen Elizabeth does not have a factory that produces reliable cells and battery packs. Recently, even the proud British automotive manufacturer, Jaguar Landr Rover, is thinking about moving production to Slovakia.

The only way for the UK to maintain its title as the home of electric cars in Europe is to accelerate the level of investment in the battery industry. “It’s too late to maintain Britain’s role as a major automaker,” said Andy Palmer, former CEO of Aston Martin, quoted by Bloomberg on Saturday (28/5/2022).

Palmer is the person behind the successful birth of the Nissan Leaf electric car product, which is produced in Sunderland, England. “Unless there are other factors to encourage battery production in the UK, it is only a matter of time before the car industry here becomes a niche industry serving only the Rolls-Royce and Bentley brands,” he concluded.

So far, the UK has not looked for battery investment. This is due to the scarcity of raw materials, high energy costs, minimal incentives, and the potential for imposing tariffs due to Brexit. In fact, the country has spent hundreds of millions of pounds for research on battery technology, but it has not boosted the scarcity of domestic batteries for production.

In the UK, there is only one battery plant in operation belonging to China’s Envision Group. The manufacturer produces the needs of the Nissan Leaf, and only plans to expand capacity in 2024.

A spokesman for JLR, which has produced 220,000 vehicles in the UK over the past year, said the manufacturer was exploring options for battery supply.

The Green Finance Institute’s Coalition for the Decarbonization of Road Transport said that in order to maintain current industry levels, the UK would need to boost battery capacity by 45 times or to 90 gigawatts.

“If the battery sector doesn’t emerge in the UK, there is a lost opportunity cost of the financial benefits of batteries being taken elsewhere, and in turn the risk that the UK’s existing auto industry could be reduced by moving to a co-location. with battery production,” the group said.

Goodyear begins testing its airless tires on a Tesla Model 3