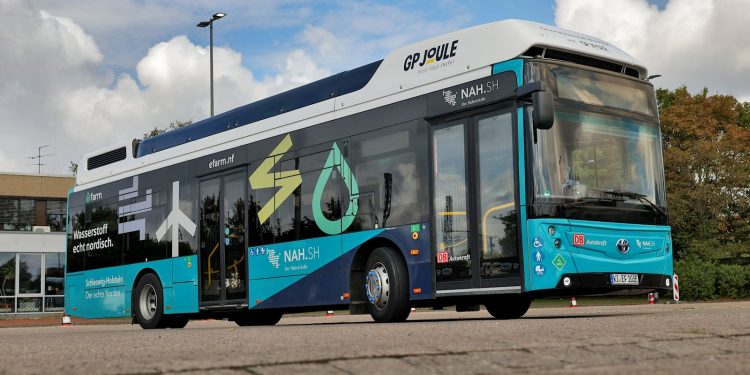 The hydrogen bus uses fuel cells from the Toyota Mirai sedan hydrogen car. A special test drive for the hydrogen bus runs the Hanover – Niebull route for about 349 km.

“This bus is known as H2 City Gold, a public transportation that shows practicality and high efficiency on the Hanover – Niebull route during IAA Transportation 2022,” said Toyota, quoted from Carbuzz today, Monday, December 5, 2022.

With an average of 5.53 kilograms of hydrogen per 100km, the hydrogen bus generates approximately 5.5kg of hydrogen for every 99.7km.

The consumption is even lower on high-speed routes.

In addition to long-distance test drives, the H2 City Gold hydrogen bus from Toyota is used for regional transportation near the Capital City of Lower Saxony. This bus can carry up to 64 passengers at a time.

Although currently hydrogen cars do not have as widespread appeal as electric cars, the technology still holds great promise.

Many Japanese automakers do not believe hydrogen car technology can reduce emissions because the technology is difficult. However, Toyota remains steadfast in its commitment to building hydrogen vehicles.