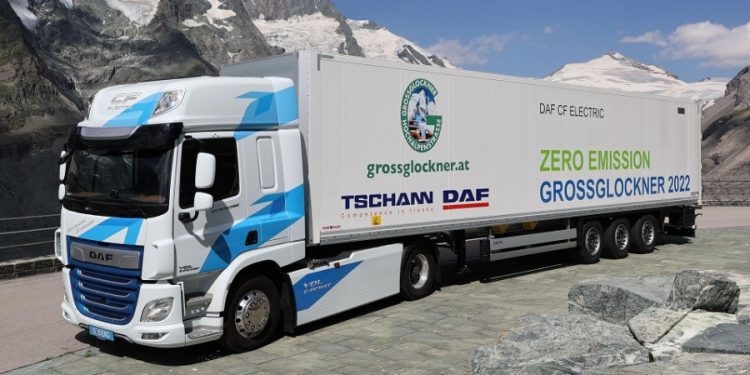 Since being marketed in 2018, the DAF CF electric truck has been operated as a 4×2 and rigid 6×2 tractor-head unit for various applications including distribution to container transportation in the Netherlands, Germany, Belgium and Hungary.

The thing that attracts customers to choose DAF CF Electric is where the truck is equipped with an electric battery with a capacity of 350 kWh which can generate power of 281 hp and can cover a distance of up to 500 kph.

However, some transport operators in mountainous areas seem to have doubts about the use of electric vehicles. Austrian DAF dealer Tschann, decided that it was time to put an end to this skepticism, with the help of the DAF electric truck.

“Where else but on the most challenging, but beautiful mountain roads in Europe, you can prove the quality and usefulness of CF Electric?”, said Tschann director Enrico Simma in his official statement, Friday (8/7/2022).

He admitted that the DAF CF Electric with a total weight of 26 tons had been tested driving from Salzburg to the foot of the Grossglockner High Alpine Road. From there, a trail is established to Kaiser-Franz-Josefs-Höhe which is the final line of the spectacular and winding mountain trail.

“With stunning views along the way, the 48 km route with 36 sharp turns and a steep slope of 12% remains a challenge. This is the ultimate test for any vehicle and the CF Electric passes with bright colors! This is proof that CF Electric can be used on all routes as long as there is a good charging infrastructure!