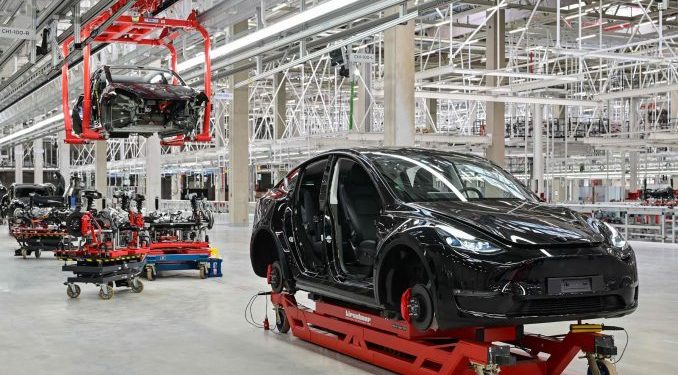 Tesla plans to cut Model Y production in December 2022 at Giga Shanghai, China, more than 20 percent from before.

The plan to cut production volume was announced by the company last Monday, December 5, 2022. However, Tesla has not yet explained the reason for the reduction.

Indeed, the stock of electric cars at the Tesla Gigafactory Shanghai increased sharply after repairs to manufacturing facilities last October.

The automaker from the United States has also cut the price of its Tesla Model 3 and Model Y electric cars by up to 9 percent in China while also offering insurance incentives.

Tesla delivered 100,291 electric cars made in China in November for Chinese and other markets. that’s the highest monthly Tesla car sales since Gigafactory Shanghai opened in late 2020.

Globally, Tesla plans to boost production of the Tesla Model Y and Tesla Model 3, which will rise sharply in the fourth quarter of 2022. This condition is also driven by increased production at new factories in Austin and Texas, USA, and Berlin, Germany.

Tesla plans to start producing the new Model 3 in the third quarter of 2023 in Shanghai. This strategy is to cut production costs while increasing the attractiveness of the five-year-old electric sedan.

What every buyer should know about Volvo EX90