by James Bryant
in Battery, Tesla
0 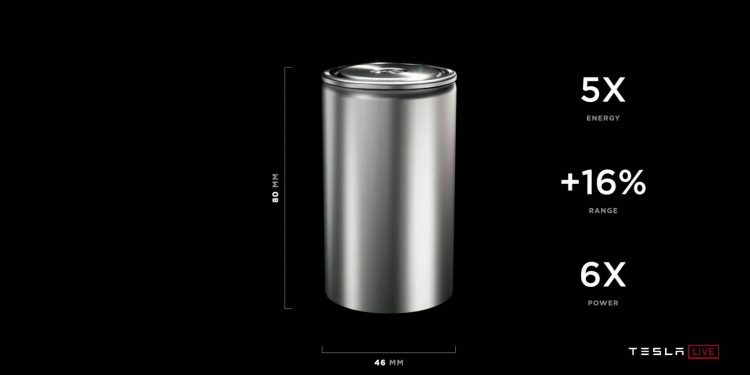 Tesla has big plans to start production of 4680 batteries at Giga Texas this third quarter. Tesla targets production to exceed the capacity of the Kato pilot line near the auto plant in Fremont, California, by the end of the year.

Drew Baglino, Tesla manager explained this during the announcement of the latest quarterly report. Currently, Tesla has already produced 4680 batteries on the pilot line – not enough for 1,000 vehicles per week. The use of new technologies such as dry electrodes is Tesla’s challenge for the production of the 4680 battery.

Since the route that has been used so far is a pilot, the number of 1,000 vehicles per week is not really surprising. The real challenge is when large-scale production at Giga Texas takes place.

“Specifically for Texas, the cell equipment was fully installed and commissioned last quarter, and we produced our first test vehicles with Texas cells by the end of the line,” Baglino said.

Baglino confirmed to manufacture 4680 batteries at Giga Texas this quarter.

“Our goal for Texas is to start production this quarter and Texas should be able to surpass Kato’s weekly production before the end of this year.”

Kato is Tesla’s current pilot line in Fremont, located on Kato Road. Since March, production output has increased by 35 percent each month in Kato.

Giga Texas opened in April, Tesla is building a standard version of the Model Y with a 4680 cell battery and structural battery pack available only for the North American market.

The Y Long Range model, which is also made in Giga Texas, may still use the smaller 2170-cell conventional battery pack.

Elon Musk says that Tesla has 2170 format batteries for all production vehicles for the rest of the year. He stressed that the 4680 battery will be essential in 2023.

For the supply of 4680 batteries, Tesla does not depend on its own production. Panasonic, one of Tesla’s battery suppliers, has just delivered samples of the 4680 battery and started its own pilot production in Japan in May. Panasonic to build 4680 batteries plant in Kansas to supply Tesla EVs.