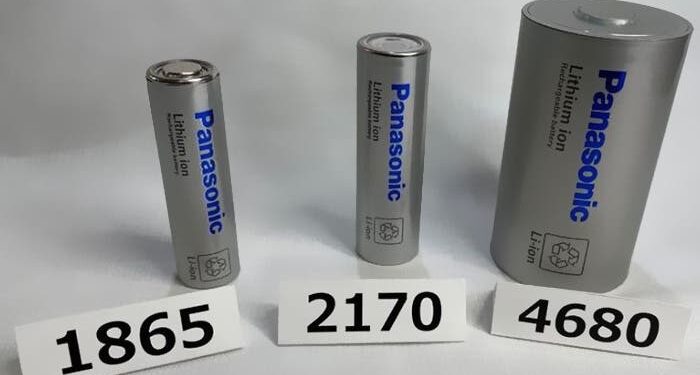 Electric vehicle maker Tesla has received a sample of the Type 4680 battery cell from Panasonic. Panasonic plans to switch to producing new batteries for use in the Cybertruck and other models

In 2020 Tesla launched a larger type 4680 battery cell with new chemicals. This type of battery allows electric vehicles to be sold at a lower price and have a longer range.

The 4680 battery cell has been successfully deployed in the Model Y manufactured at the Texas Gigafactory. Tesla for the first time uses homemade batteries to support the production of electric vehicles.

Tesla, which requires so many batteries, makes it possible to partner with other parties to supply 4680 battery cells.

Panasonic, one of Tesla’s longest-serving battery partners, announced it would use a prototype production line for the 4680 battery cells.

Panasonic’s new CEO Yuki Kusumi said it was ready to make a large investment in the production of 4680 battery cells if production and testing proved successful.

Panasonic invested US$700 million to manufacture the 4680 battery cells in Japan, and is reportedly looking for locations in the US for production facilities.

Earlier this month, Tesla asked Panasonic to accelerate development of its 4680 battery cells.

Yuki Kusumi confirmed, mass production of 4680 battery cells will start during the next fiscal year starting in March.

Previously, Panasonic was rumored to be opening a new battery factory in Oklahoma, USA to supply Tesla with the 4680 series battery cells.