by Christopher Harrison
in Tesla
Reading Time: 1 min read
A A
0 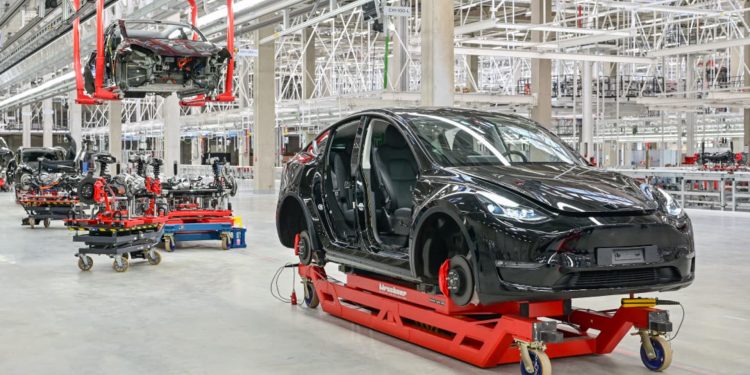 Tesla is taking steps to improve its build quality by implementing an automated quality control system at its Fremont factory. The company has been criticized in the past for issues with vehicle build quality, and has taken steps to improve, including posting job listings for Quality Inspection Engineers to lead the installation and operations of automation camera inspection systems on existing manufacturing lines.

Recent permit filings submitted by Tesla reveal that the company is ready to install two new robots to inspect fascia quality, specifically for the interior of the vehicles. The filing, submitted under the name “Automatic Inspection System,” describes the installation of power and structural anchorage to support the new robots.

Tesla has previously worked with Comau Robotics to establish a new series of automation equipment at the Fremont factory. While CEO Elon Musk had previously stated plans for a fully automated production line, he later changed course, stating “Humans are underrated.”

The job listing for the Quality Inspection Engineer position shows that the role will involve developing purpose-built automated inspection systems for Tesla’s key programs, including the S3XY lineup, Cybertruck, and Optimus. While it’s unclear if Tesla is currently using automated systems for exterior build quality, there is no current evidence to suggest that it is.