Tesla takes delivery of Kuka robots to produce the Cybertruck 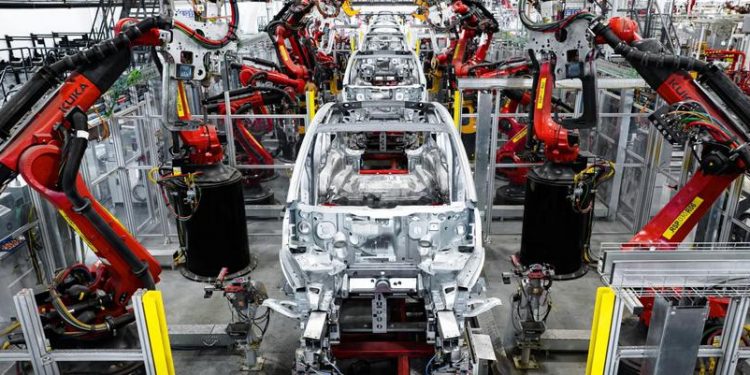 A total of 66 Kuka robots have been received by Tesla at the Gigafactory factory in Texas, Austin and it is reported that the number will still increase. Procurement of the 66 Kuka robots was carried out by Tesla to speed up production of the long-delayed Cybertruck.

As is known, Tesla has released a statement to start production of the Cybertruck at the end of 2023. The problem is that there are so many orders for this futuristic truck, so new energy is needed to meet the deadline, especially when it is delivered to consumers.

66 Kuka production line robots arrived in Houston on the 18th. The Kuka robots have been used on ALL Tesla production lines, just makes most sense at this time to be in regards to #Cybertruck $tsla Check out below! Incl. example of WHAT Kuka Robots are specifically! pic.twitter.com/3K4uwuSCaR

Imported from Germany, the Kuka industrial robot and related systems are specialized for factory automation. The Kuka robot is nothing new for Tesla, they are using it in Texas for the production of the Model Y. But this time it requires even more quantity.

FYI, Cybertruck is a magnificent and ambitious project from Tesla. It was originally planned for production initially in 2021 for a single-motor RWD model for a 2022 launch. Obviously, that didn’t happen. Tesla then hoped production would start in 2022 and, again, nothing.

This time it looks like the company created by Elon Musk is on the right track to manufacture the Cybertruck. Hopefully this time there will be no distractions and we can finish producing this futuristic electric truck