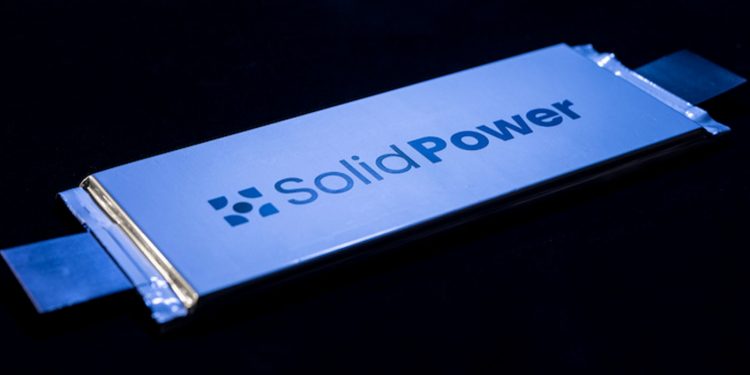 Solid Power, a solid-state battery developer, has received over $5 million in funding from the US Department of Energy to continue developing its nickel- and cobalt-free cells for EVs.

The company, which was spun out of the University of Colorado in 2011, specializes in solid-state, sulfide-based electrolyte technology and aims to bring more energy-dense cells to the EV market at or near the cost of current lithium-ion batteries.

Solid Power has received investments from legacy automakers like Ford and Hyundai and has a partnership with SK Innovation. The company plans to deliver its cells to Ford and BMW by the end of 2022.

In December, Solid Power announced a partnership with BMW to co-develop its solid-state battery technology in the US, with BMW planning to implement its own assembly lines overseas to fast-track development towards scaled cell production. As part of the deal, BMW agreed to pay $20 million to license the technology. The battery developer has now received additional funding from the US Department of Energy (DOE) to continue its research.

“Replacing costly nickel and cobalt in the cathode with sulfur could lead to a lower cost EV battery with improved energy and fast-charging capabilities,” said David Jansen, Interim CEO, President and Chair of Solid Power. “I’d like to thank the Solid Power development team for their outstanding work and the DOE for their continued confidence in our company’s value proposition.”