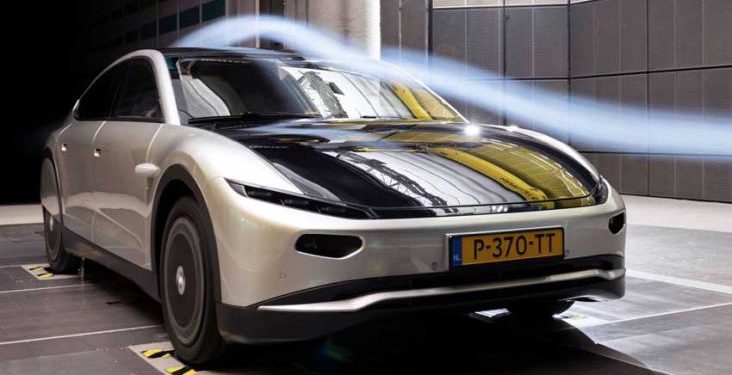 The Lightyear 0 car became the most aerodynamic vehicle in the world after going through the FKFS (Full-Scale Aeroacoustic Wind) wind tunnel testing in Stuttgart, Germany. Under the WLTP (Worldwide Harmonized Light Vehicle Test Procedure) protocol, this car made by Lightyear confirms a drag coefficient (Cd) of 0.175.

Lightyear claims it’s an impressive achievement even for a low-volume production car. Lightyear said it only plans to sell 150 Lightyear 0 cars, each priced at around $260,000, with high-volume models.

The Mercedes EQXX only achieved a drag coefficient of 0.17, but there’s no word yet on its production. This concept is a showcase of ideas to improve the efficiency of electric vehicles (EV). This test performed a 746-mile distance from Stuttgart to Silverstone, England, on a single charge.

While the Volkswagen XL1 which was launched in 2013, reached 0.189 Cd. The sleek coupe uses a plug-in hybrid diesel powertrain which seems like a great idea to tackle emissions issues.

The production General Motors EV1 has a 0.195 Cd, but that’s achieved with a fairly impractical two-door body shell. The EV1 is also not a high-volume car. GM produced 1,117 units and leased them to customers in California and several other locations.

The presence of electric cars EV1, XL1, EQXX, and now Lightyear 0 has shown that cutting drag requires a very different form than conventional cars. This left designers and engineers trying to make a three-box sedan with aero-leading to face some tough challenges.