The car’s solar panels can provide 44 miles of range per day in a sunny climate, whereas its EV range is 388 miles. 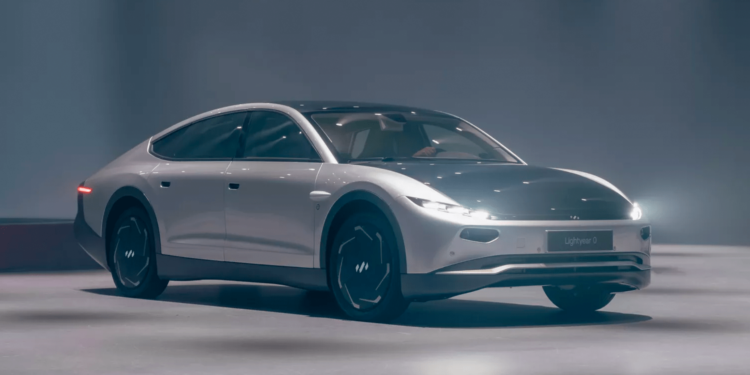 The Lightyear 0 is a hybrid vehicle that features a conventional 60 kilowatt-hour EV battery and solar panels on the roof, hood and hatch. The solar panels on the vehicle will charge automatically whenever the car is exposed to sunlight whether it is parked or running.

See also: 5,000 Lightyear Two will be available via MyWheels from 2025

Lightyear 0 doesn’t fully use solar power to run. To drive long distances, voters must use batteries. Lightyear claims the car’s solar panels can provide a range of 44 miles per day in fine weather conditions, while its EV range is 388 miles.

These conditions make the Lightyear 0 suitable for use with very short trips and allow them to no longer spend money on gas or recharging.

In a test run, the company said it made daily 22-mile trips for two consecutive months in the Dutch summer without needing to charge.

Drivers in areas with a sunnier climate can drive longer. Lightyear claims that the sun can give Lightyear 0 a distance of between 3,700 to 6,800 miles per year.

However, it should be noted that the company only produces 946 units of Lightyear 0. Despite offering savings in daily use, the Lightyear 0 will cost €250,000 (which amounts to approximately $263,262 USD)

Don’t worry though, Lightyear recently unveiled a $33,000 solar-powered car prototype, which is slated to go into production in 2025.