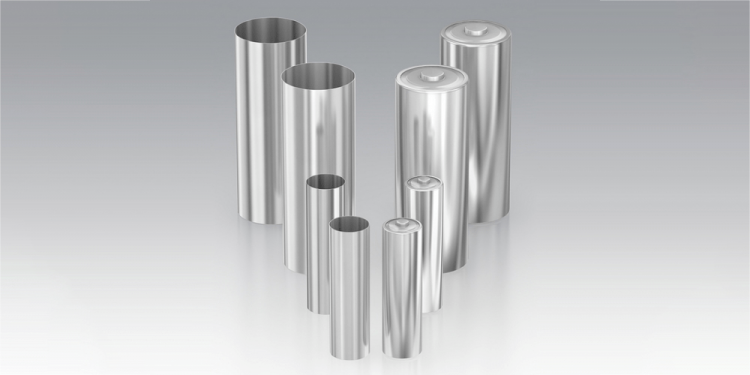 German forming specialist Schuler has been commissioned by South Korean manufacturer LT Precision to create a production line for pressing battery cell housings. The new machines will be installed at LT Precision’s US factory and will be used to produce cylindrical battery cell housings with dimensions of 21 millimeters in diameter and 70 millimeters in length, which are commonly used in electric vehicles such as the Tesla Model 3 and Model Y, as well as in Rivian’s electric cars. However, Schuler has only announced that the battery cell housings produced by this line will be used in electric vehicles from multiple manufacturers. The line is set to begin production in 2024.

Schuler, a German manufacturing specialist, is using its expertise in forming to produce a production line for LT Precision. The line will be used to create battery cell housings for electric vehicles. The process begins by cutting round blanks from nickel-plated sheet steel and forming them into cups, all in one step. Schuler claims a 90% material utilization rate. Next, the cups are deep-drawn, ironed, and trimmed in automatic stamping presses, and six parts are produced per machine per cycle. Lastly, the cell casings are washed.

The production line has a capacity of 2,000 cases per minute, which Schuler states is enough to produce half of the battery cells for an average electric car. Specifically, it can create the 2170 battery cells for one electric vehicle in just two minutes.

Schuler is a relatively new player in the e-mobility industry but has been expanding its offerings in this sector in recent years, recently acquiring Italian machine manufacturer Sovema to become a system provider in battery cell production for the automotive industry, among other sectors. Schuler’s lineup now includes equipment to produce laminations for electric motors, manufacture fuel cells and electrolyzers for the hydrogen industry.