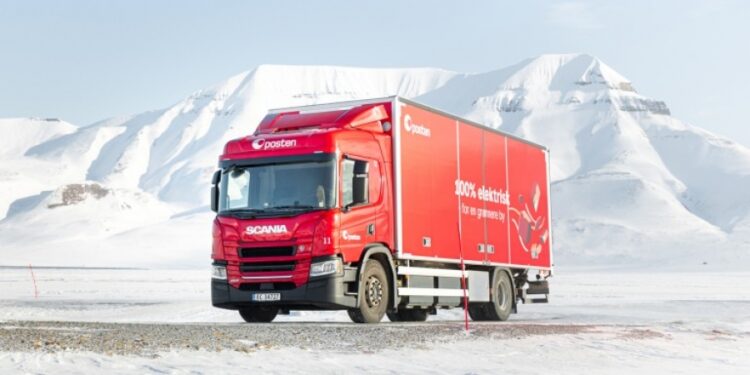 The 19-ton Scania electric truck has entered service in Norway’s Svalbard area, which is one of the northernmost inhabited arctic regions in the world.

The electric truck is operated by the Norwegian postal service company, Posten Norge, and is tasked with distributing all packages, mail and deliveries in the municipality of Longyearbyen by electric vehicle.

“Posten Norge has started using the northernmost electric truck in the world in its regular operations at Longyearbyen, latitude 78 degrees, to the delight of employees and customers, and I hope this serves as an inspiration to others,” said Tone Wille, CEO of Posten Norge citing the official website. Scania, Thursday (5/5/2022).

The vehicle is claimed to have passed the test and has joined forces with other Posten Norge electric vehicles and ensures that logistics operations at Longyearbyen are sustainable.

Previously, Posten Norge had been testing electric trucks from Scania in Arctic conditions in Svalbard for a month. By early 2022, 37 percent of Posten Norge vehicles will be ready to be powered by renewable energy sources.

Tesla Recalls 48,000 Model 3 Due to Speedometer Display Not Appearing