by David Smith
in Tesla
Reading Time: 1 min read
A A
0 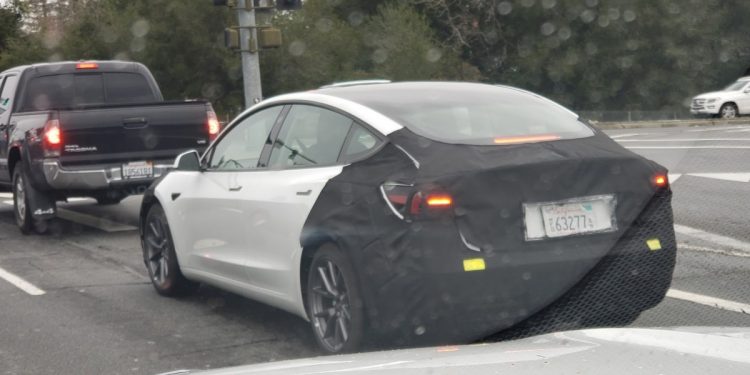 In December of last year, pictures emerged online that seemed to show a refreshed version of the Tesla Model 3.

These recent photos, taken of the same vehicle spotted on the streets again, have led to even more pictures being shared online.

Some speculate that the Model 3 update will be similar to the Model S refresh, with minimal exterior changes and mostly under-the-hood improvements.

However, if this were the case, why would Tesla go to the effort of covering up the front and rear bumpers? The December photos also hinted at some slight design modifications.

Besides aesthetics, rumors suggest that the updated Model 3 will feature upgrades to its infotainment system, new battery advancements, and production optimizations. The Shanghai, China facility will be the first to manufacture the new Model 3.