REE Automotive to build Plant in UK with an annual capacity of 10,000 EV chassis

by Shaun Williams
in Industry, News
0 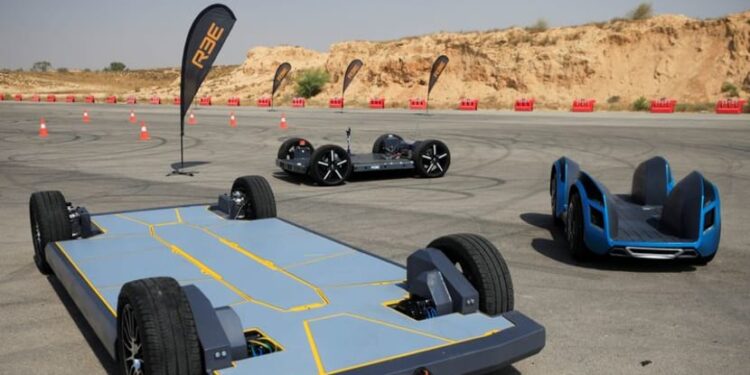 REE Automotive, which develops rolling chassis for commercial electric vehicles, announced Monday, May 16 it will build an assembly plant in the British city of Coventry to supply customers in Europe.

The Israel-based startup said the assembly plant will be completed this year in partnership with Rockwell Automation and Expert Technologies will have an annual production capacity of 10,000 EV chassis.

The company did not disclose the size of the investment or how many jobs it would create, but its chief executive, Daniel Barel, said the high level of automation meant the plant could be run by a staff of about seven people.

“This is a lightweight assembly of assets using a cloud-based infrastructure,” Barel told Reuters, adding that the company would take 10-11 months to build additional plants as it expands.

REE is already planning another plant in Austin, Texas, by 2023, replicating the highly automated cloud-based system, doubling its production capacity to 20,000 EV chassis.

The company says that the Coventry plant will initially focus on the P7 electric platform for commercial use such as delivery vans, buses and recreational vehicles.

REE plans to launch production of electric delivery vans and people movers by 2023.

Instead of a traditional axle, REE’s electric vehicle platform runs on four separate wheels – with their own steering, braking, suspension, powertrain and controls – allowing the vehicle to have a flatter base, providing more space for cargo.

As traditional automakers prepare to produce electric vans and trucks, startups are more focused than ever on finding a competitive advantage or technology to stay on the road once their bigger rivals start moving forward.