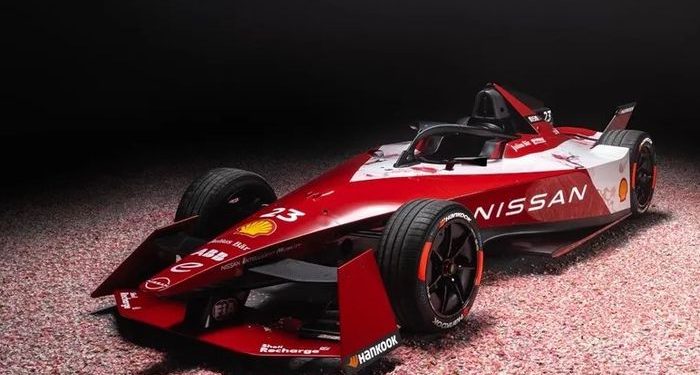 The livery on Nissan’s latest generation of racing cars for the 2022 season uses a red and white color combination, which is identical to the Ferrari livery colors in Formula 1.

The muzzle of Nissan’s electric race car is emblazoned with the Shell logo. Then on the white screen, there is a Cherry Blossom motif, a popular flower from Japan, the country of origin of Nissan.

“Our new livery celebrates our Japanese heritage and I am sure that its design will stand out on the track like never before,” said Nissan Chief Operating Officer Ashwani Gupta, quoted from the Carscoops website today, Friday, December 2, 2022.

The Nissan e-4ORCE 04 Gen3 race car uses an all-wheel drive (AWD) drive system and produces 469 HP of power. This car has a much stronger energy regeneration system and lighter weight than the previous generation.

The two racers will test the latest generation of racing cars during the pre-season race at the Ricardo Tormo Circuit, Valencia, from 13-16 December 2022.

“Season 9 marks a new era of Nissan’s participation in the championship. This will be our fifth competition in Formula E,” said Gupta.

In its 9th season of Formula E, Nissan continues its partnership with Shell. Nissan has also partnered with E-fluids and charging station technical partner, Woolmark Company.

With the arrival of new sponsor Woolmark Company, Nissan may redesign the race suit made from Merino wool.

Nissan will use the Gen3 race car from season 9 to the end of season 12. During this period Nissan will also supply electric powertrains to the McLaren Racing Team.