by Linda Ma
in Battery, NIO
0 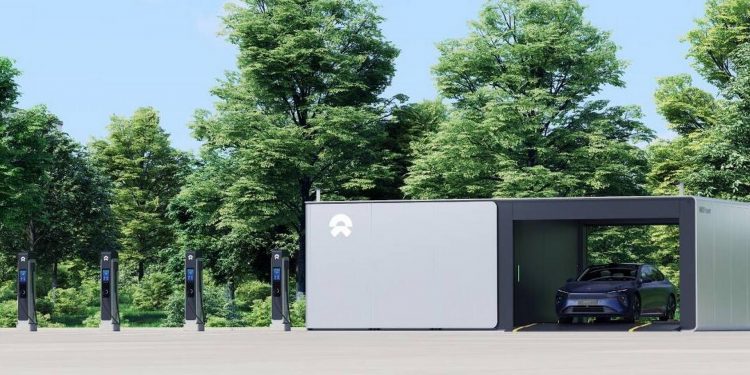 During the NIO DAY 2022 event, the automaker announced that it has officially launched Power Swap 3.0, which improves battery replacement efficiency.

Power Swap 3.0 is claimed to store up to 21 battery packs, up nearly half, from 13 previously and 5 in first-generation facilities.

NIO said they increased the daily service capacity at the third-generation stations to 408, a 30 percent increase over the second generation.

The company also claims that through this new charging station, vehicles can replace the battery in just 2 minutes and 30 seconds, 20 percent faster than the previous generation.

This past Saturday was our #NIODay 2022 in Hefei, China. Learn more about how our users support the community and the unveiling of our #NIOEC7, all-new #NIOES8, and our exciting innovations in #NIOPower Swapping: https://t.co/Jy0yHfrkAA pic.twitter.com/FFUW1m8kRz

According to the company, LiDAR and Nvidia Orin chips enable more accurate collaboration between vehicles and stations to support intelligent battery swapping functions including auto dialing and parking.

NIO stated that NIO’s third-generation battery exchange station will be available in March 2023. 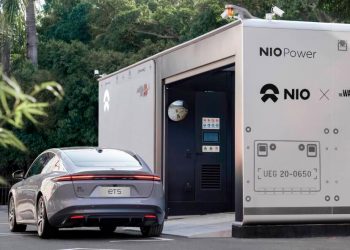 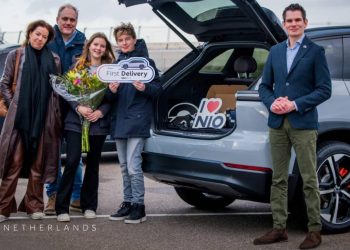